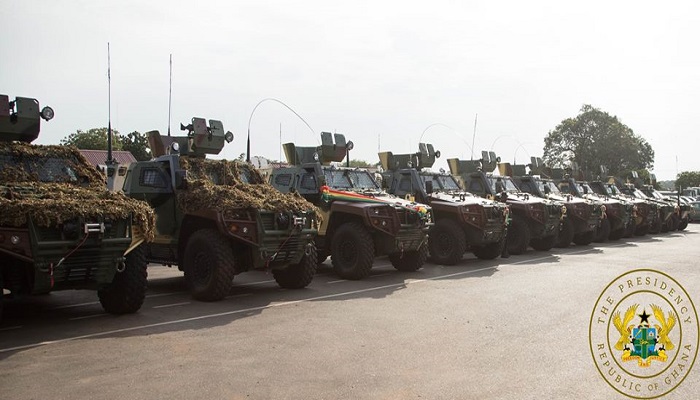 Parliament has approved US$86.1 million to be financed from the Israel Discount Bank to allow government procure new armoured vehicles and ammunitions for the Ghana Armed forces (GAF).

The loan is made up of US$74.1 million ASHRA Facility and a commercial loan of US$12 million seeks to address the challenges faced by GAF as a result of inadequate equipment for the institution’s operations.

The two agreements were presented to Parliament on the 3rd of August, 2020, and subsequently referred to the Finance Committee for consideration and report.

The Committee in it report as presented by the Chairman, Mark Assibey-Yeboah, stated that most of the equipment of the GAF are obsolete and need to be replaced with modern ones to ensure that the military is adequately resourced to do its work effectively.

Minister for Defense, Dominic Nitiwul, remarked that the military have desired this top-notch equipment for a long time with successive government’s failing to provide them until now, expressing appreciation to the current government for seeing the urgent need to take such a decision to acquire themto replenish the existing stock.

The Minister also assured that the necessary value for moneyprocesses are being conducted by the appropriate institutions including the Ministry of Finance.

Ghana, others to benefit from AfDB Circular Economy facility