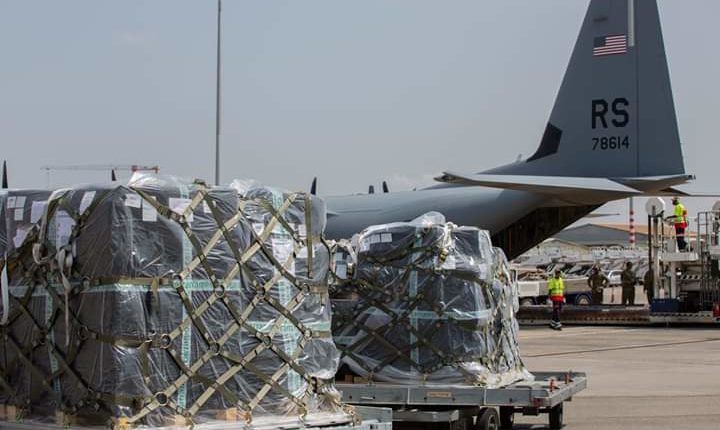 The US Navy medical experts are specifically running an ongoing influenza surveillance, in partnership with Ghana’s National Influenza Center at the Noguchi Memorial Institute of Medical Research, the Kwame Nkrumah University of Science and Technology, and the Kumasi Centre of Collaborative Research in Tropical Medicine. 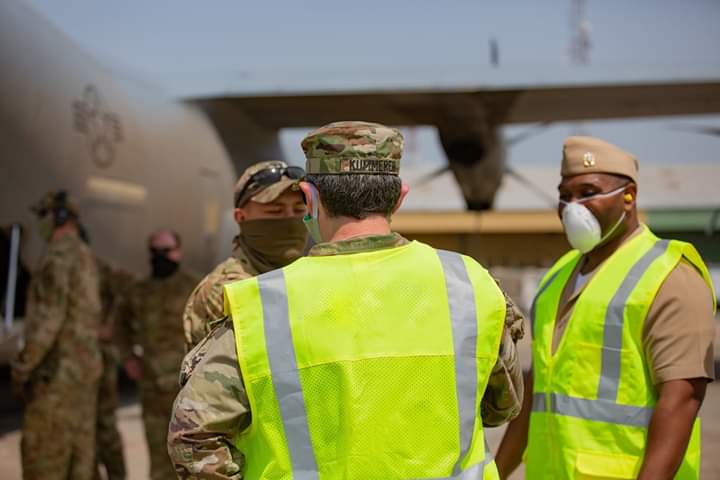 Commenting on the delivery of the supplies, U.S. Ambassador to Ghana, Stephanie S. Sullivan noted said, “The arrival of the needed medical supplies underscores the results of the growing partnership between the United States of America and the Republic of Ghana to combat COVID-19, to save lives and protect the people of this nation.

“As confirmed cases gradually made their way to West Africa and eventually Ghana, these essential laboratory supplies became even more critical during this rapidly evolving crisis and would have remained stranded in Manchester, U.K., until sometime in May if not for the assistance of the U.S. Air Force.

“The United States commends the government of Ghana for its strong efforts to combat this pandemic, and we are pleased to partner in its leading efforts,” she said.

The Command’s Director for Logistics, Air Force Brig. Gen. Leo Kosinski, also said, the movement of this shipment of critical medical supplies from the United Kingdom to Ghana represents one of many logistics moves executed recently despite operating in one of the most logistically challenging times.

He further noted the fact that so many professionals from multiple commands quickly came together to work through this particular requirement highlights a strong cohesion between both countries.

The April 24 delivery of medical supplies to Ghana follows other critical U.S. military support in the health sector, such as the delivery of two state-of-the-art Level II Field Hospitals that Ambassador Sullivan handed over to the Ghana Armed Forces (GAF) on February 4.

NAMRU-3 Ghana Detachment is a collaborator within the Armed Forces Health Surveillance Branch Global Emerging Infections Surveillance partner network and the team has supported influenza surveillance for both human and avian influenza strains in Ghana since 2007.

Apart from the United States, Germany and China have supported Ghana’s efforts to fight the virus, which has killed 11 people in Ghana and infected more than 1,100 people.