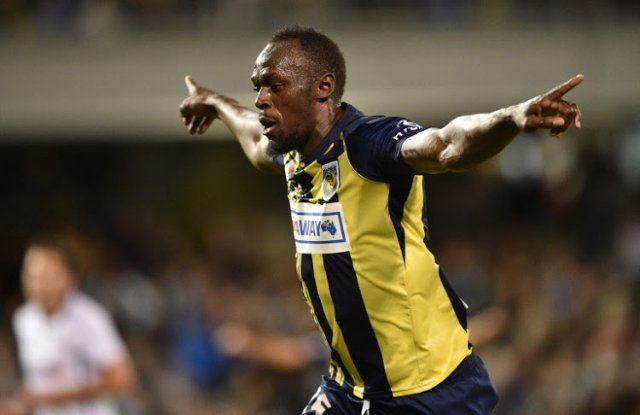 Usain Bolt has questioned why he has received a notice for a drugs test from Australia’s anti-doping authority (Asada), saying he is not yet a professional footballer.

The eight-time Olympic sprint champion has been on trial with Central Coast Mariners and scored twice on his first start in a friendly on Friday.

Bolt says he has been told he is being tested as he is an “elite athlete”.

The 32-year-old Jamaican retired from athletics in 2017.

“So guys I’ve retired from track and field looking to become a footballer but look at this,” Bolt said in an Instagram post on Monday, in which he showed the drugs test notice.

The notice from Asada requesting blood and urine appears to have been issued by Football Federation Australia.

It is understood that even as a trialist, Bolt is officially registered with the club, and is therefore subject to drug testing.

Bolt’s trial period with the A-League club came to an end at the weekend and the Mariners now have to decide whether to offer the Jamaican a permanent deal, a further trial period or release him.

“How am I going to get a drug test today? I’m not even a professional footballer yet. Seriously,” the 100m and 200m world record holder added.

“So I asked the lady, ‘Why am I getting drug tested when I haven’t signed for a club yet?’ and she said they told her I’m an elite athlete so I have to get tested. Okay then.”

Asada defines an athlete as a person who “competes in sport and who is subject to the National Anti‑Doping Scheme”.