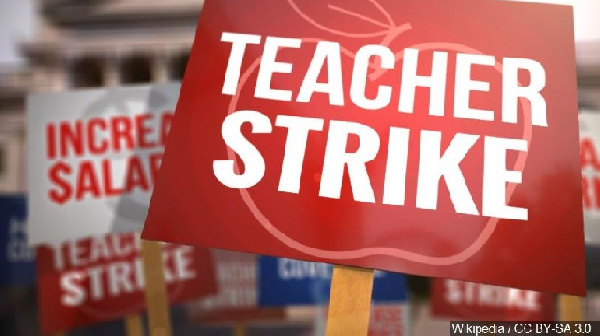 Members of the University Teachers Association of Ghana (UTAG) have resolved to continue their industrial action despite a directive from the National Labour Commission (NLC) to end the protest.

The leaders of UTAG had a meeting after discussions with the NLC, but the various branches refused to back down.

A press release signed by Dr Asare Asante-Annor, National Secretary of UTAG, revealed that they would continue to avoid all teaching-related activities until their demands are addressed.

After considerations on Thursday, 13 January, the NLC directed UTAG to call off its industrial action and resume work because they did not follow due process to channel their grievances.

The NLC stated that the reason UTAG embarked on the strike had been settled, thus submission of the report on the Labour Market Survey.

NLC added that UTAG might have other issues, “but those had not yet been formally presented to the employer for redress”.

At the meeting, the government was represented by the Minister of Employment and Labour Relation and his Deputy, Deputy Minister of Finance, the Chief Executive of Fair Wages and Salaries Commission (FWSC), the Director-General of Ghana Tertiary Education Commission, and UTAG, represented by its president and some executives.

“Consequently, the fifteen (15) member branches held independent emergency meetings to that effect, and the general membership expressed their dissatisfaction with the directive and were of a contrary view.

In a statement on 19 January 2022, the association said, “the members have unanimously resolved to continue with the withdrawal of teaching and related services until further notice. By this cover note, all members are entreated to remain calm”.

In a letter dated 8 January, UTAG called on their employer “to restore members to the 2013 Interim Market Premium (IMP) of 114% of Basic Salary in the interim whilst government goes ahead to formulate guidelines to implement the appropriate recommendations to address the conditions of service of the university teacher”.

The 2012 conditions of service pegged the basic and market premium of a lecturer at $2,084.42. But the lecturers said they didn’t receive what had been agreed.

Reason for the strike

The latest decision was made by the National Executive Committee (NEC) of UTAG following two emergency meetings.
UTAG explained that after implementing the IMP in 2013, a determination is yet to be made, resulting in the erosion of the university teacher’s salary.

It added that there was an LMS in 2014 whose report did not see the light of day, and one wonders if the 2019 LMS Report would ever be implemented since it is already two years old.