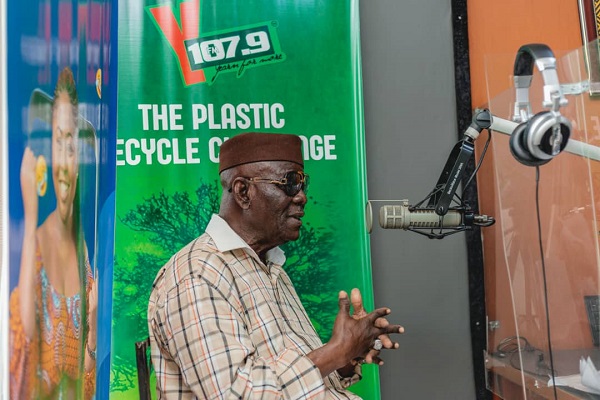 A former President of the Musicians Union of Ghana (MUSIGA), Alhaji Sidiku Buari, has lamented the inefficiency in technology used in the monitoring of music plays for the collection of royalties in Ghana.

According to him, the issue of music royalties and logging has been around for a while, adding that it was a challenge he also suffered as MUSIGA president. “But I thought it would’ve been resolved by now,” he stressed.

Speaking to Rev Erskine on Y107.9FM’s LeaderBoard Series, Alhaji Sidiku Buari noted, “We tried to resolve this problem in the beginning and thought it would’ve been no more by now but it is still around. If the musician’s intellectual property is being played, it must be logged on a centralized machine. But we’ve still been unable to acquire the technology after all these years because it is expensive. And that is why we need gov’t to support us here.”

With Mark Okraku Mantey being appointed Deputy Minister of Tourism, Arts and Culture, Alhaji Buari believes he will solve the issue.

“Mark has been in the music industry for a while and can now advise on the issue because of his position now as Deputy Minister.”

Advising on the acquisition of the logging technology, he was quick to add that radio stations should also make sure they pay royalties on songs they play.

He said: “Some radio stations also refuse to pay royalties to the copyright office and that is not helping.”

The former MUSIGA boss noted that until the logging technology is introduced to help with music data and proper collection of royalties, musicians will always suffer unfair treatment at the hands of authorities and people who use the intellectual property of musicians. “If this is not done, we will keep guessing popular songs are played more than some unpopular songs which may not be the case. With an efficient logging system, our music industry will be made profitable.”

The 81-year-old is recognised for his contributions to development of the Ghanaian music industry and also has a number of albums.

The one-time Vice President of the International Federation of Musicians (FIM) also has a lot of awards to his credit, notable among them is the Entertainers Critics and Reviewers Association of Ghana (ECRAG) award.