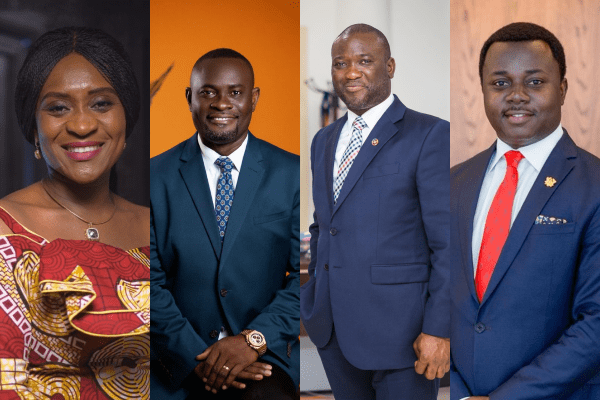 The Appointments Committee of Parliament will today, begin the vetting of President Nana Akufo-Addo’s deputy ministerial nominees. The vetting will begin each day at 10 am and End on the 15th of June.

Some 39 deputy ministers, including 10 women, have been appointed to 24 portfolios. There is also to be vetted a Minister of State.

A number of the nominees were members of the president’s last government and are expected to maintain their portfolios in President Akufo-Addo’s second term. They include Abena Osei-Asare at the Finance ministry; Mohammed Amin Adam and William Owuraku Aidoo at the Energy ministry; Osei Bonsu Amoah at the Local Government, Decentralisation & Rural Development ministry, and Tina Gifty Mensah at the Health Ministry.

A former deputy Minister of Finance, Charles Adu-Boahen, is the only nominee for Minister of State at the Ministry of Finance. He will also be the first to be vetted on the day.

The nominees also feature first-time Members of Parliament such as Hassan Tampuli at the Transport ministry as well as John Ampontuah Kumah at the Finance ministry.

Ahead of the vetting, President Akufo-Addo has said he “is hopeful that, just as was done for [substantive] Ministers, Parliament will, on a bi-partisan basis, expedite the approval of his Deputy Ministerial nominees, so they can join the government forthwith, and assist in the delivery of his mandate for his second term in office.”

According to a list put out by Parliament, Adu-Boahen’s vetting will be followed by that of Deputy Minister-designate for Lands and Natural Resources, Benito Owusu-Bio, and then the Deputy Ministers-designate for Local Governance, Decentralisation and Rural Development, Augustine Collins Ntim, and Osei Bonsu Amoah respectively.

On Thursday, June 3, 2021, nominees to the ministries of Energy, Finance, Food and Agriculture and Railway Development will also appear before the Appointments Committee in that order.