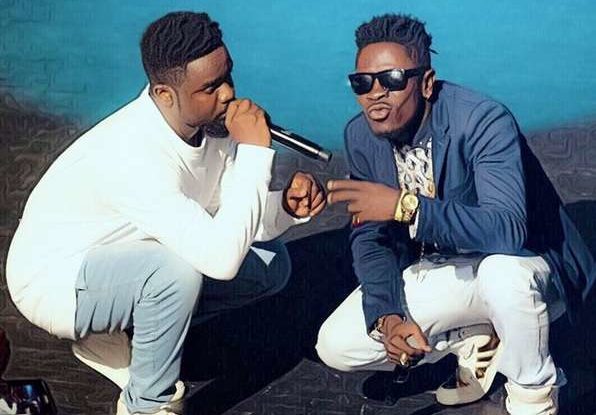 After much expectation and wait, Shatta Wale has replied Sarkodie’s diss song targeted at him.

An unamused Shatta Wale during the launch of the latest album, ‘Reign’, at the Fantasy Dome at the Trade Fair Centre Saturday night took time off to address the diss song.

Sarkodie’s diss song, ‘My Advice’, which takes jabs at Shatta Wale, since its release last Wednesday, got the whole country talking.

‘My Advice’ seems to be Sarkodie’s response to Shatta Wale after the latter described him as “very poor”.

In the freestyle video, the rapper attacked Shatta Wale and described him as an insecure attention seeker.

A line from the diss song alleged that the dancehall artiste wears aluminium (alumi) as chains.

A visibly pissed Shatta Wale announced that, “I want some nice girl wey e dey here wey e bi Sarkodie fan, I wan give am my gold chain make e go check if I ever wear alumi before.”

He then went on to remove his shirt and after no one really came forward as Sarkodie’s fan, Shatta Wale declared that “e no get fan for here then e mean say Sarkodie be nobody.”