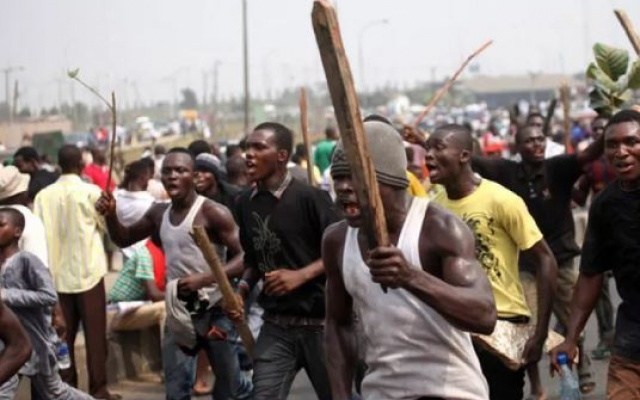 Security Expert and Chief Executive Officer (CEO) for the Africa Centre for Security and Intelligence Studies (ACSIS), Mr. Paul Coonley Boateng, has said the much talked about Vigilantism Bill is unnecessary and remains irrelevant as far as the fight against the condemnable act is concerned.

Speaking in an exclusive interview with The Ghana Report, he observed that similar laws already exist to fight the menace hence no need to replicate these laws in the form of a new vigilantism bill.

“Personally, I have criticised and will continue to criticise this Vigilantism Bill since it is nothing new in our country. If somebody commits crime in the name of fighting the cause of a political party, what is the guarantee that the person will be made to face the law?” Mr. Boateng asked.

The Security Expert called for the enforcement of existing laws in the country adding that legislators in the country should desist from always coming up with supposedly ‘new’ laws to deal with existing problems.

He said, “I think we should focus on law enforcement rather than always making laws which virtually are the same as what already exists. Our political parties must allow the Police Service to do its professional work and they will be able to deal with party vigilantism in the politics of this country.”

Meanwhile, General Secretary of the National Democratic Congress (NDC), Johnson Asiedu Nketia has expressed similar sentiments on the passage of the Vigilantism Bill by the country’s legislative body.

The increasing cases of vigilantism activities in the country, according to him, is due to the inability of successive governments to implement the dictates of existing laws.

In an interview monitored on Accra based Citi fm, he accused the governing New Patriotic Party (NPP) of lacking the political will to fight vigilantism.

The problem has been the lack of implementation of the existing laws, so if you had another law and the existing 99 are not implemented, it is not going to impact on anything because if you bring more laws, they conflict with each other,” Mr. Nketia said.

Ghana’s Parliament on Monday, July 22 read for the third time and passed the Vigilantism and Related Offences Bill, 2019.

The Bill was laid amid disagreement from the Minority in Parliament and the NDC had argued that a bipartisan engagement which had then been initiated, was the way to go. These notwithstanding, the Bill was approved by Parliament.

The Bill, which was laid in Parliament on April 11, 2019 under a certificate of urgency, seeks to disband political party vigilante groups in the country and to proscribe other acts of vigilantism.

The Bill is now awaiting presidential assent now that it has been passed by Parliament.

The need for the Vigilante Law is in fulfilment of a pledge by the president, Nana Addo Dankwa Akufo-Addo during the presentation of the February 2019, State of the Nation Address (SONA) after the violence that characterised the Ayawaso bye-election later last year and the shooting to death of an NDC member in their party office in the Ashanti Region.