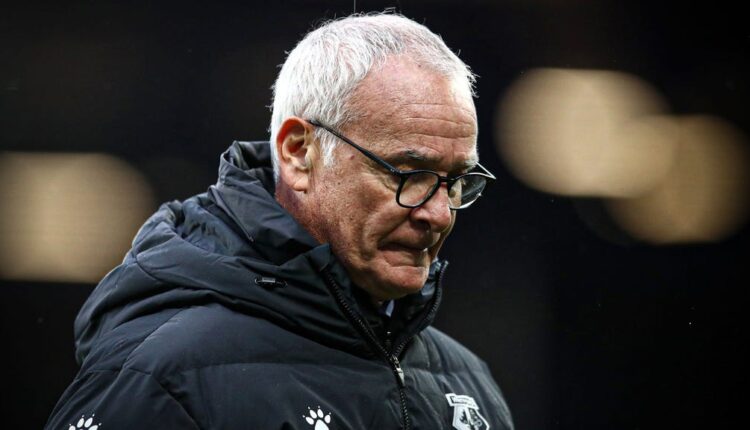 Claudio Ranieri has been sacked by Watford after spending just over three months in charge of the Premier League side.

Ranieri was handed a two-year contract when he was appointed Watford manager in October, with the team sitting 15th in the table.

But Watford have won just two of the 14 games they have played since the Italian coach came in. They sit second-bottom of the Premier League and crashed out of the FA Cup after a 4-1 loss to Leicester in the third round.

What has been said?
“Watford Football Club confirms the departure of Head Coach Claudio Ranieri,” a statement on the club’s website read.

“The Hornets’ Board recognises Claudio as a man of great integrity and honour, who will always be respected here at Vicarage Road for his efforts in leading the team with dignity.

“However the Board feels that, with nearly half of the Premier League campaign remaining, a change in the Head Coach position now will give a new appointment sufficient time to work with a talented squad to achieve the immediate goal of retaining Premier League status.”

What next for Watford?
The Hornets, who are on a nine-game winless run since their 4-1 victory against Manchester United in November, will now look for their third head coach of the season.

They are in action again on February 5, when they visit bottom club Burnley.

The Vicarage Road side sit just two points above their next opponents and are two points from safety.