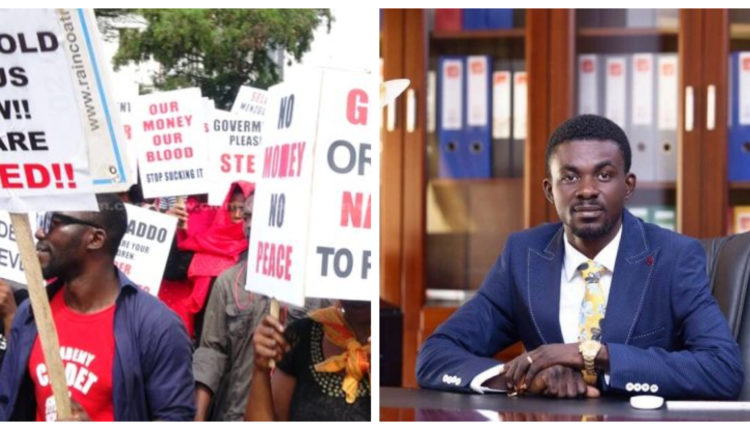 Some aggrieved members of the defunct gold-dealership company, Menzgold have threatened to petition foreign countries over their locked-up funds at Menzgold.

In an interview on Citi FM monitored by theghanareport.com, Frederick Forson, spokesperson of Aggrieved Members of Menzgold said, they are left with no option since the government of Ghana seems unbothered about their plight.

“Since the government is not ready to help us retrieve our locked-up funds, we will petition international communities like the United Arab Emirates, the United Kingdom because Nana Appiah Mensah, we know has investment there,” he said

Arguing why the government of Ghana must ensure their monies are retrieved even though they (aggrieved customers) made their private investment, he said, “State institutions, like the Bank of Ghana and the Security and Exchange Commission, oversaw the operations of Menzgold for close to six years and that gave them the confidence to engage the finance house in business.

Commenting on the state of aggrieved customers who were arrested for picketing in front of the residence of the embattled Chief Executive Officer, Forson said, “They have all been granted bail”

He said the group picked up intelligence that the company had announced paying some customers but upon further checks with their members, they noticed no one had been paid.

That triggered their decision to picket in front of Nana Appiah Mensah’s house at Trasacco in Accra, he said.

“The total sum of money owed the 10,000 members of the group is 430m Ghana Cedis and we will not let it go like that “he noted.

The 430million Ghana cedis is around the same amount the Electoral Commission of Ghana needs to compel a new voter register.

The EC has requested 443.6 million Ghana Cedis for the new roll.