The Ghana Maritime Authority (GMA) has denied a media publication suggesting that it spent GH¢10,652.06 on food for eight persons at a single meeting.

Describing the said publication as a misrepresentation of facts, the Authority explained that the memo circulating in the media circles have been doctored.

In a statement issued by GMA on October 25, 2018, it stated that the amount quoted in the memo was the cost of food for three different meetings (management and stakeholders) held last year.

This, the statement said could not have been food for eight persons as purported by the publication.

It added that the members for stakeholder meetings alone numbers more than 40 at a sitting aside management team of the Authority.

The GMA said it will in due course address all related issues. 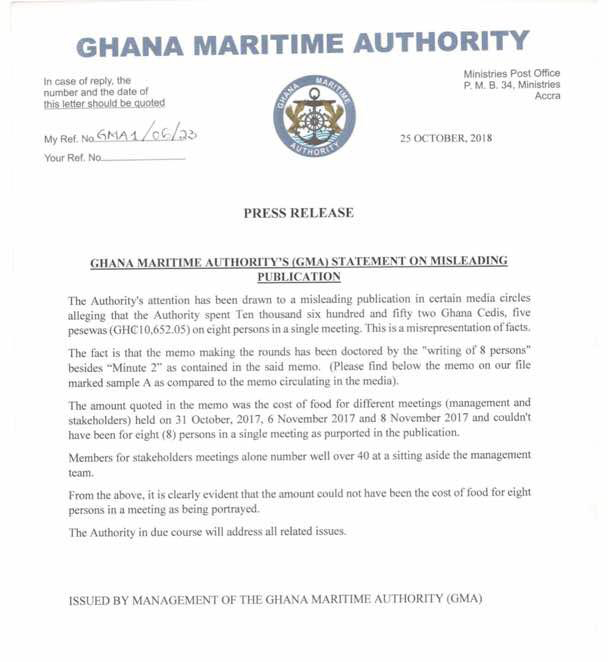 According to the GMA, the “for 8 participants” inserted at the minute 2 was mischievously put there and circulated and that the original memo (below) file does not have that. 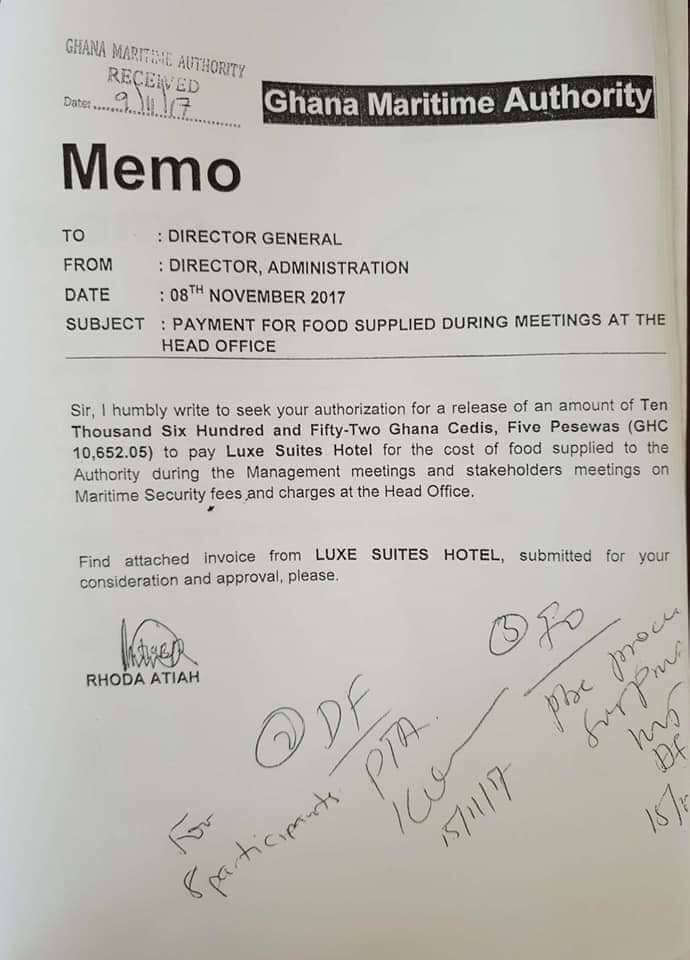