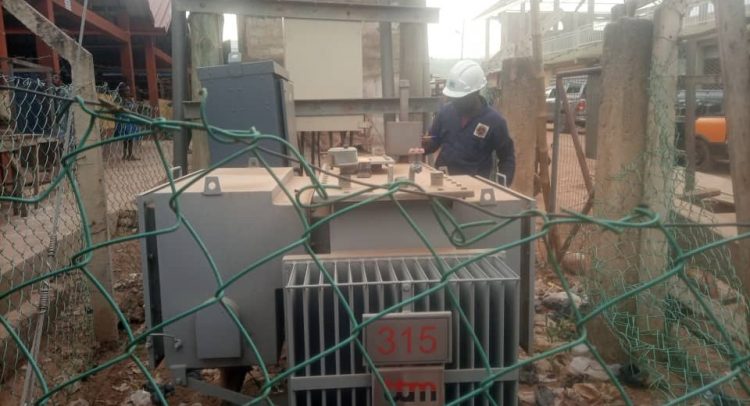 The Electricity Company of Ghana(ECG) has said it could not determine a date when power will be restored to Kroboland as most of its transformers have been damaged.

There is an ongoing technical assessment and monitoring of ECG’s installations by engineers and military personnel in the Yilo Krobo and Manya Krobo Municipalities as part of activities to restore power to the area.

According to the ECG, 81 out of the 147 transformers at the sub-stations assessed so far have been tampered with.

The team discovered most of the transformers had their earth cables, fuses, and other components cut off and stolen by some unidentified persons. Others have also illegally connected the transformers by themselves.

The Public Relations Officer of ECG Tema Region, Sakyiwaa Mensah, has explained that the damaged and missing components of the transformers must be fixed before power can be restored to the municipalities.

She, however, stated that the power suppliers could not tell when all these repair works would be completed.

“It’s critical to know that quite a number of the F-cables and fuses have been stolen from the transformers. Some unauthorized persons have also connected some aspects of the transformers on their own. We can not exactly tell when we will fix these technical issues.

“But until they are fixed, we can not restore the power,” she insisted in an interview with Citi News.

The people of Manya and Yilo Krobo enclave have been without electricity supply since 27 July 2022 following a clash between members of the community and workers of ECG over pre-paid meter installations.

ECG cited the safety of its staff as the reason for the blackout.

On Tuesday, 2 August 2022, Sakyiwaa Mensah, in a statement, said, “safety became a paramount issue, and that necessitated the shutdown.”

The PRO assured that power would be restored as soon as the stakeholders resolved their differences.

Residents have had a long-standing dispute with the power distribution company over supposed wrong estimation of bills and over-billing, which resulted in the death of a young man during a similar protest two years ago.