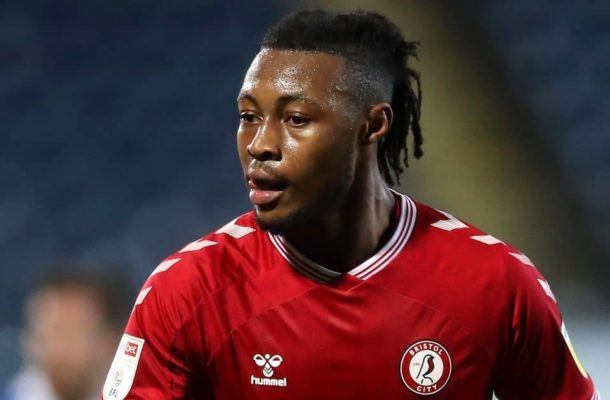 In Premier League, Jordan Ayew and Jeffery Schlupp were in action for Crystal Palace in their 2-1 win against Southampton, Mohammed Salisu played the entire minutes of the game for Southampton

In the English Championship, Abdul Baba Rahman played the entire duration of the game for Reading FC who lost 1-0 against West Brom

In League One, Hiram Boateng warmed the bench for MK Dons in their 5-0 win over Plymouth

In League Two, Brendan Wiredu was in action for Colchester who drew 2-2 against Walsall

In the La Liga, Joseph Aidoo was in action for Celta Vigo in their 2-2 draw against Granada

In Segunda Division, Samuel Obeng scored his 7th goal of the season for Real Oviedo in their 3-0 win over CD Mirandes

In Serie A, Emmanuel Gyasi was in action for Spezia in their 4-3 defeat to Lazio

In Bundesliga, Christopher Antwi Adjei was introduced in the 68th minute of the game for VfL Bochum in their 4-3 win over Dortmund

In Bundesliga II, Braydon Marvin Manu scored and provided an assist for Darmstadt in their 6-0 win over Erzgebirge

Daniel Kofi Kyereh scored for St.Pauli in their 1-1 draw against Nurnberg

In Ligue I, Alexandre Djiku played 90 minutes of the game for Strasbourg in their 3-3 draw against PSG

In Ligue II, Emmanuel Ntim was in action for Valenciennes in their 1-1 draw with Paris FC

Prince Obeng Ampem played the entire duration of the game for Rijeka in their 5-3 win over Sibenik, his teammate Issah Abass was introduced into the game in the 78th minute

Zuberu Sharani played 29 minutes for Dun.Streda in their goalless draw against Sered

Emmanuel Nuamah played 11 minutes of action for Nordsjaelland in their 1-1 draw against Viborg, Teammates Maxwell Woledzi and Emmanuel Ogura warmed the bench in that game

In the MLS, Yaw Yeboah and Jonathan Mensah were in action for Columbus Crew in their 3-0 win against D.C United

In the USL Championship,  Francis Atuahene  was on target for Detriot FC in their 2-0 win over NY Red Bulls II

Prosper Kasim scored a brace for Birmingham Legion in their 2-1 win over Charleston, teammate Anderson Asiedu was also in action.

Dominic Oduro made a brief appearance for Charleston against Birmingham Legion

In the Super Lig, Joseph Larweh Attamah played 84 minutes for Kayserispor who lost 3-2 against Besiktas

Benjamin Tetteh, Philip Awuku and Haqi Osman were in action for Yeni Malatyaspor as they lost 2-1 to Alanyaspor

In the TFF 1, Kwabena Owusu played 68 minutes for Ankaragucu in their goalless draw against Samsunspor

Randy Dwumfour and Alfred Mensah both featured in the game for Skenderbeu as they lost 1-0 to Vllaznia, Dwumfour was shown a red card in the game

Anthony Annan was sent off in TPS draw with KTP

Patrick Twumasi scored twice for Netanya as they won 3-0 against H.Beer Sheva, Eugene Ansah was in action for  H.Beer Sheva in that game

Lawrence Ati-Zigi was in post for St.Gallen as he recorded a clean sheet in their 2-0 win against Servette

Kwame Bonsu and Evans Mensah were on the bench