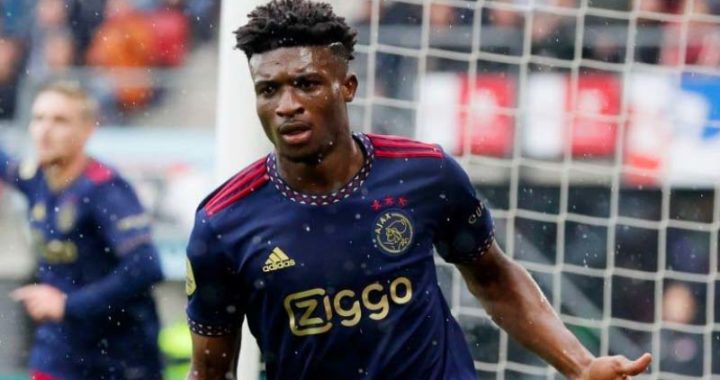 In Premier League, Thomas Partey returned from injury to play 78 minutes for Arsenal in their 3-0 win over Brentford

In the Championship, Andy Yiadom and Baba Rahman were in action for Reading in their 1-0 win against Wigan

Tarique Fosu played the entire duration of the game for Stoke City in their goalless draw against QPR, fellow countryman Albert Adomah was introduced in the 78th minute of the game for QPR

In League One, Jojo Wollacott was in post for Charlton Athletic when they drew 1-1 with Fleetwood

In League Two, Daniel Agyei played 74 minutes of the game for Crewe in their 1-0 win against Crawley Town

In Bundesliga, Daniel Kofi-Kyere saw 78 minutes of action for Freiburg in their goalless draw against Hoffenheim

In La Liga, Joseph Aidoo lasted the entire duration of the game for Celta Vigo in their 3-0 defeat to Valencia

Inaki Williams scored for Athletico Club in their 3-2 win against Rayo Vallecano, his compatriot Abdul Munin saw 11 minutes of action for the losing side

In Serie A, Felix Afena Gyan was an unused substitute for Cremonese in their 4-0 defeat against Lazio

In Serie B, Kelvin Yeboah came on as a substitute to play 17 minutes for Genoa in their 1-0 win against Modena

In Ligue I, Alexander Djiku played the entire duration of the game for Strasbourg in their 2-1 defeat against Montpellier

In Jupiler Pro League, Kamal Sowah and Denis Odoi were in action for Club Brugge in their 3-0 defeat against Standard

Isaac Nuhu and Mubarak Wakasso were in action for Eupen in their 2-1 defeat to Union Saint-Gilloise, Wakasso saw red in that game, and teammate Abdul Nurudeen warmed the bench in that game

Abu Francis warmed the bench for Cercle Brugge in their 2-2 draw against Oostende, David Atanga saw 30 minutes for Oostende

Abdul-Aziz Yakubu scored for Rio Ave in their 2-2 draw Gil Vicente, his teammate Emmanuel Boateng was also in action

In the Super Lig, Benard Mensah scored for Kayserispor in their 4-0 win against Hatayspor, his teammate Yaw Ackah was introduced in the 79th minute of that game

In the TFF 1, Samuel Tetteh played 52 minutes for Adanaspor in their 2-0 win against Rizespor

In the Eredivisie, Mohammed Kudus scored for Ajax in their 2-1 defeat against Az Alkmaar

Elvis Manu was on target for Botev Plovdiv in their 3-2 defeat against Spartak Varna win over CSKA 1948, his teammate Emmanuel Toku was introduced into the game in the 50th minute

Mohammed Abubakari scored for IFK Mariehamn in their 6-0 Lahti, teammate Baba Mensah was introduced into the game in the 79th minute

Seth Paintsil made a brief appearance for Hartberg in their 3-1 defeat against Wolfsberg, his fellow countryman Augustine Boakye warmed the bench for the winning team

Edward Sarpong enjoyed 90 minutes for Dziugas against H. Litauen which ended in a 1-0 defeat for Dziugas

In First Division. Ebenezer Ofori was in action for Vejle in their 2-0 win against Hobro

In the MLS, Yaw Yeboah made a brief appearance in the game for Columbus Crew in their 1-1 draw against Portland