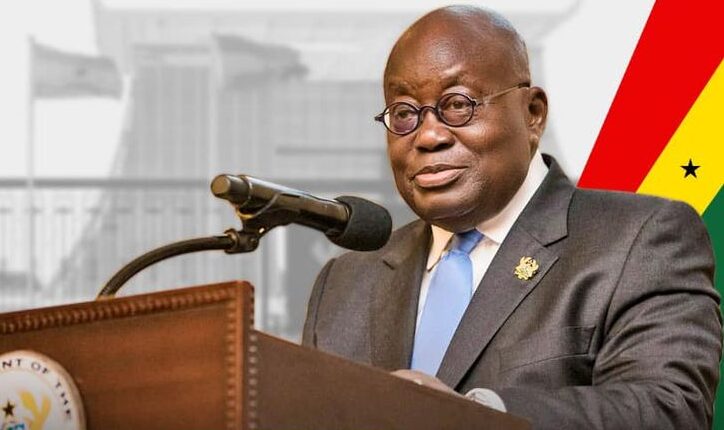 We’re in crises, but we will turn things around – Akufo-Addo assures

President Nana Akufo-Addo has acknowledged the economic woes faced by Ghanaians but promised an effective government response to deal with the situation.

In an address to the nation today (Sunday, October 30), President Akufo-Addo admitted that “we are in a crisis. I do not exaggerate when I say so”.

With record highs in inflation, Cedi depreciation and cost of living, President Akufo-Addo said he could not “find an example in history when so many malevolent forces have come together at the same time”.

However, he was quick to add that “as we have shown in other circumstances, we shall turn this crisis into an opportunity to resolve not just the short-term, urgent problems, but the long-term structural problems that have bedevilled our economy”.

“For us, in Ghana, our reality is that our economy is in great difficulty. The budget drawn for the 2022 fiscal year has been thrown out of gear, disrupting our balance of payments and debt sustainability and further exposing the structural weaknesses of our economy,” he added.

His comments are coming at a time when there is pressure on the government due to rising public debt, expenditure management, revenue generation constraints and a rise in the cost of living.

Prices of goods and services have increased astronomically, with the latest item to be affected being drinking water.

The trend has killed investor confidence, and a section of Ghanaians have been criticising the government for failing to “arrest the dollar” as the Vice President, Dr Mahamudu Bawumia, promised some time back.

Some forex traders were exchanging one US dollar for GH₵15.00 as of Monday, October 24, but the Forex Bureau Association of Ghana reported some gains a few days later.

One of the solutions being explored by the government is International Monetary Fund (IMF) support.

“ We have gone to the Fund to repair, in the short term, our public finances and restore our balance of payments whilst we continue to work on the medium to long-term structural changes that are at the heart of our goal of constructing a resilient, robust Ghanaian economy, and building a Ghana Beyond Aid,” President Akufo-Addo observed.

President Akufo-Addo was concerned that “between the end of 2019 and now, inflation in Ghana has increased by five-fold, in Togo by sixteen-fold, by eleven-fold in Senegal, and by seven-fold in Cote d’Ivoire”.

“It is important to state that mentioning the increases in prices worldwide is not meant to belittle the scope of suffering here, but simply to help us put things into some perspective and, hopefully, learn some useful lessons about how other people are coping.”

However, he noted that the government was working to secure reliable and regular sources of affordable petroleum products for the Ghanaian market.

It is expected that this arrangement, coupled with a stable currency, will halt the escalation of fuel prices and bring relief to Ghanaians when successful.