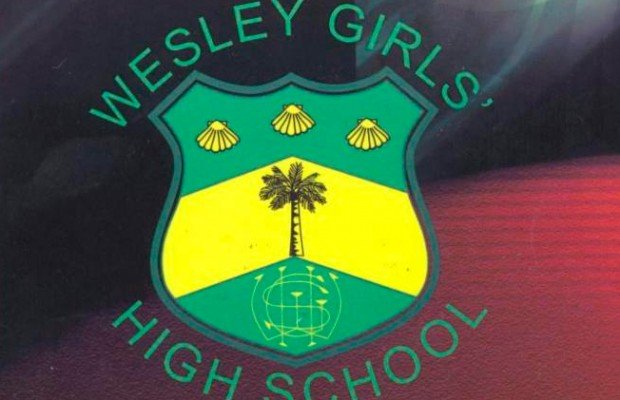 The Wesley Girls High School issue with fasting Muslim girls is a very sensitive matter and has got the potential of damaging the close relationship between Islam and Christianity in Ghana.

The subsequent response from the two Christian organizations (Christian Council and Catholic Bishops) only sought to drive a wedge between Muslims and Christians without dispassionately looking at the matter at hand – as expected of the clergy.

Let’s not sweep the TRUTH under the carpet in the interest of supporting Christianity: when Christ himself won’t behave in the way some of these Christian leaders have behaved on this matter.

Firstly, legally we are all Ghanaians, we are all equal before the law. We are all taxpayers and our monies are used to run all public schools including Wesley Girls Senior High.

As such all QUALIFIED Ghanaian students have equal access to the school without being asked to leave the fold of THEIR religion. The fact that someone has gained admission to a school doesn’t mean they should be stripped of his or her religion even if the school has a particular religious background.

Since there is freedom of worship in Ghana as guaranteed by the constitution, wherever one finds himself in this country, the person should be free to practice his/her religion.

Therefore, school authorities and the Methodist Church have got no right to tell the girls not to fast under the guise of it being detrimental to their health. This is one of the pillars of Islam. The decision by the school is not grounded in reality, fact or science and this makes it highly suspicious.

What is even more shocking is that, Mfantsipim, also a Methodist-leaning institution allows its Muslim students to fast and pray. It is clear two schools from the same Methodist background have different standards.

These girls have fasted for all their lives, most of them from 10. They attend all school events timeously and have not asked for any special treatment. The ruse that it will affect their health is not grounded in fact but only an excuse to justify a wrongdoing. No one in Ghana and beyond has died because he/she is fasting. All these girls want is to fast during Ramadan and it is not a crime. Remember, fasting in Islam is one of the five pillars of Islam so asking one not to fast is telling the person to leave the fold of Islam.

Having studied, lived and worked in the United Kingdom (where the church emanates) for over ten years, the Methodist schools and Church of England schools are awash with girls wearing hijabs.

My daughter who is 9 is fasting on her own volition and is in such a school. She started last year at 8 and even at this much younger age it has not negatively affected her medically let alone girls from the age of 15. From this it is clear that even the country where the Methodist Church derives its inspiration from, doesn’t do this.

Why is it that only Wesley Girls is the Methodist school that applies this law? Is this a smokescreen beneath a hidden agenda? This suspicion could be true.

Read the harrowing stories – of not only fasting – but the monumental religious torture Muslim girls are made to undergo at Wesley Girls. It is truly shocking. Follow the hashtag #geyheymuslimsspeak on Facebook. Of the many accusations one stands out for its immense religious cruelty. Parents of new Muslim students at Weygeyhey are asked, at the school gates, to take back home their ‘buttas’ kettle for ablution, prayer mats and Qur’ans. By the time they finish three years in school, they would have forgotten how to pray, recite the Quran and completely stripped of their religion – akin to what is happening to the Uighur Muslims in China.

To the authorities at Wesley Girls and Methodist Church in Ghana – let the roles reverse. Put yourselves in the shoes of Muslims for once. Would it be fair on you if you were in a Muslim school and told that you can’t fast? Ask our Christian brothers who attended Muslim schools like TI Amass how they were treated. If any Muslim-leaning school treats any Christian in a way to prevent the person from practicing his religion that is wrong and must be condemned. In fact in Islam no one can force you to pray if you are not a believer because you have not taken the ‘Kalimatul Shahada’ or declaration that you believe that God is only One, you believe in all the Prophets, their Books and the angels.

I am a Muslim and I am proud to say I attended Presbyterian Boys’ Secondary School in Legon and was allowed to fast and pray and this pertains in the school.

Even my food, like all my Muslim colleagues during Ramadan, was reserved for me for all the years I spent in this great school. Presbyterians are Christians too and what is classy about them is that they show the true traits of Christ. Jesus won’t behave like this to other people let alone Muslims who are also believers in Jesus Christ.

Let’s be truthful to those doing this to the innocent kids that they are violating their rights. Most importantly they are not behaving like Christ.

Muslims in Ghana have been very tolerant in the face of several provocations. Look at the recent issue of hijab-wearing girls being denied work! Despite this, the leader of Muslims in Ghana, the National Chief Imam Sheikh Nuhu Osman Sharubutu (May Allah be pleased with him) has publicly visited churches to pray with them to demonstrate our closeness to our Christian brothers.

Christians and Muslims are the closest of all religions. Of all the photos of Mary we have seen in Christian books she is dressed in the hijab. Today it is Muslim women who dress like her and want to emulate her. Why should this be a problem to anyone? If you check Nehemiah 8:6, it is only the Muslims who pray like it was done in the Bible. If it is fasting like Christ too, it is Muslims who make it compulsory to emulate him. Muslims are rather upholding the ways of Christ.

We should rather be drawing on our commonality and unity rather than oppressing the weak which is against the Bible.

If we don’t handle this matter with tact, with truth being the underlying principle, we could wreck the unity, peace and harmony we have enjoyed in this country for so long.

The power of soft skills

Reversing Reconstruction, the Rise of Tenant Agriculture and the Great Migration