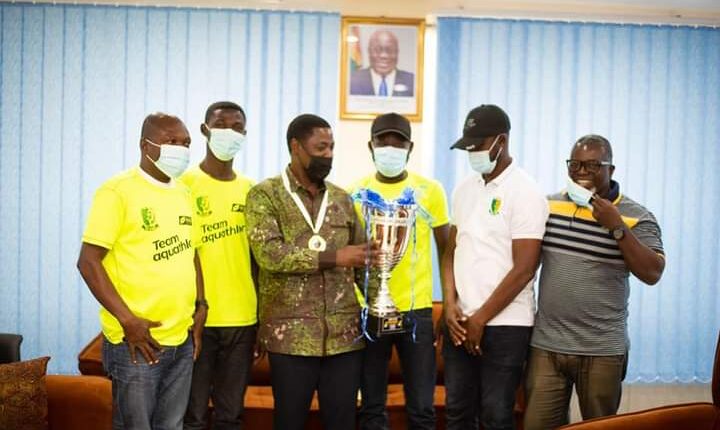 On infrastructure and getting the team ready for the premier league Mr. Obeng says ” I pledge my support to fully fund the furnishings at one of the stands to encourage patronage at their games”.

The Regional Minister concluded his meeting with the team with a cash donation to help them continue with the preparation of their pitch and promised to work with the National Youth Authority to fix one of its FIFA Standard Mini Stadia in the Western North Region.
Richard Obeng also promised to lobby for one of the government sponsored astro turfs to be constructed in the Region.