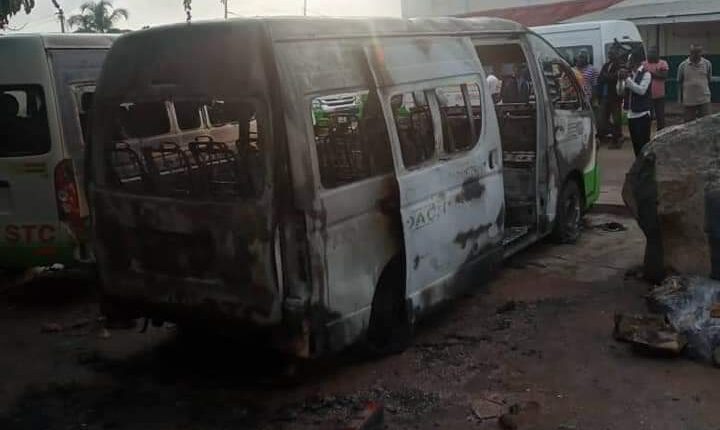 A secessionist group agitating for the creation of a new country, the Western Togoland, has struck again.

Theghanareport.com is learning, the rebels attacked a bus station in Ho in the Volta Region.

They burnt down an inter-city STC bus and assaulted the drivers.

Station manager, Ahiafo, told reporters he rushed to see the vehicles on fire at about 2 am.

He said the station has suspended bus services indefinitely, awaiting directions from Accra.

The attack is the second in four days.

It also comes barely a day after 31 suspects were charged over disturbances in the Volta Region last Friday.

The secessionists have turned the notch of their demands higher, resorting to violence.

Before that, they would give public speeches and post photos of emblems, signages of what they called the Western Togoland state.

The government is under pressure to find a quick solution.