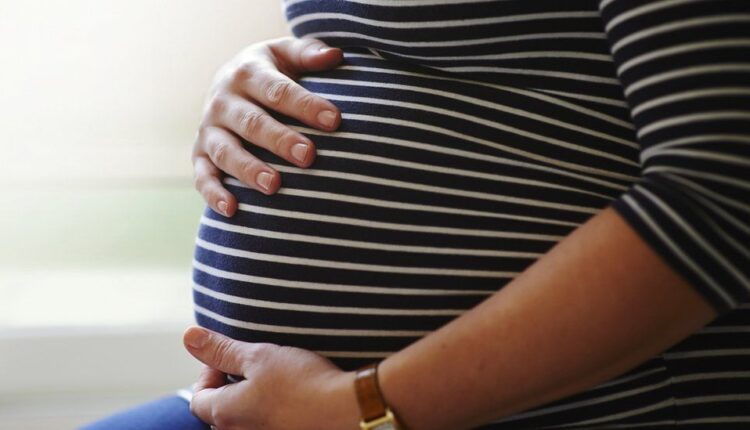 When he found out his wife couldn’t get pregnant

The joy of bringing another being into this magnanimous world is unearthly. It is an indescribable feeling, and therefore, it can feel cruel when you’re bereft of this happiness. Owing to different types of complications, a lot of women are unable to conceive.

This causes depression and self-doubt regarding one’s own worth. At such times, only our close ones can comfort us, and among them too, nothing matches the unrelenting support of a spouse. If your wife can’t get pregnant, you need to help relieve her mental stress.

Unfortunately, even in the 21st century, a lot of people still believe that a woman’s primary role in a marriage is to procreate. ‘If she can’t have kids, what good is she for?’

What happens to the mental health of the women who are not able to do so? Subject to constant judgment and criticism, their mental and physical health deteriorates further and gives no positive outcome in the end.

If your wife can’t get pregnant, does it make any sense to be mean to the ones already under unnecessary guilt? Is it humane to make your wife go through more pain of being unable to bear children?

Motherhood is a privilege that all women can enjoy irrespective of them being able to reproduce or not. There are plenty of other ways in which one can embrace motherhood in today’s world. But even if a woman decides to not be a mother altogether, is it really the end of the world? One such case seemed to unfold right in front of my eyes…

My Wife Can’t Get Pregnant

On a rather gloomy-looking day outside my clinic, I wasn’t in the best of my spirits. I have had severe trust issues for as long as I could remember. My insecurities in my relationship were often visible. On my worst days, I had no faith in any relationship, and only feeble faith on my best days.

I used my buzzer to let the front desk know that I was ready for the next patient. Being a gynecologist, I am used to only women walking in, with a husband accompanying them sometimes. Today, three men walked in alongside a woman whose face was partially under her veil.

The couple sat down on the two chairs in front and the other two men stood behind them. I was about to ask the other two gentlemen to wait outside when the couple gestured for them to stay. A brief look at the bundle of reports that they put down left me wondering as to why they were here.

“These reports are four to five years old and conclusively state that your wife can’t get pregnant. What have you come to me for?” As silence prevailed and no one seemed to say anything, I figured I might have to repeat myself.

“See, you both already have been through adequate tests. Please don’t put her through anymore, these reports are conclusive. Since your wife can’t have kids the conventional way, it may be time to look at other options. Nowadays, plenty of women look for surrogacy even if they are fit, or even adoption. Please do not stress.”

The two men standing behind got shifty and the woman stared at me, looking ashen. “Doctor, I have known for some years that my wife can’t get pregnant. Going through numerous tests and procedures, all the doctors before you had already given me the verdict that my wife is infertile. I consulted a lot of them and asked them why my wife can’t get pregnant. They all knew the problem but no one had a solution.”

His simple attire and colloquial accent confirmed his humble agrarian Rajasthani descent. He continued, “But I thought it best to keep a secret, as I didn’t want to be pressured to leave my wife just because we can’t have kids. I would have been forced to consider remarriage as is customary in our village.”

“I wanted my wife to lead a life without stigma. I knew my wife won’t be getting pregnant and a stressful environment would be worse. The atmosphere in our village wouldn’t have let her feel good about herself. Recently, however, my wife and her family…” he broke off.

The words ‘Jamai Sa’ and ‘Jijo Sa’ escaped the lips of the two men, who were looking penitent. The husband gently smiled and continued, “They began to suspect and blame me for neglecting their sister, being impotent, or having a mistress.”

The wife began to sob softly and he continued, “And so I felt the need to bring them here, so you could tell them the truth in private. I wanted you to let them know that my wife can’t get pregnant.”

I looked at the simple man sitting in front of me, reconciling to a sexless marriage thinking that would best explain the childlessness. In order to keep the fact that his wife can’t get pregnant on the down-low, he had sacrificed a lot in life.

The abstinence made his wife imagine and suspect all kinds of things. She had complained to her family, who had been intervening regularly.

The older of the two men standing behind said, “Jamai Sa (son-in-law of our house), we should fall at your feet and seek your forgiveness, we have been so harsh with you.”

The husband brushed away the apologies with a small smile and a gentle wave of a hand. He turned to his wife sitting beside him and said, “I want to spend my life with you. If you really want a baby, I am all for adoption. Trust me, my intentions were never wrong.”

Addressing me, he said, “Neither I do not want to trouble her nor do I want to be surrounded by constant thoughts of my wife not getting pregnant. I knew that we can’t have kids and I never blamed her for it. I know a lot of people who would ask me why my wife can’t get pregnant but I do not care about them. All I want is for her to be happy.”

The lady in the veil croaked out a small “sorry” and the husband nodded a furious “Na! Suno ho” (“No! Listen”), he explained, “I am not seeking apologies. I just want our life back. It doesn’t matter to me if my wife is infertile, we will find other ways. I just want us to go back to being our normal selves.”

Memories of this episode always make me think about that uneducated, small shopkeeper from a remote village in Rajasthan and how he found his way into my office in Gujarat. In an attempt to save his life and marriage, he had managed to also salvage the dying seeds of hope and trust in me.