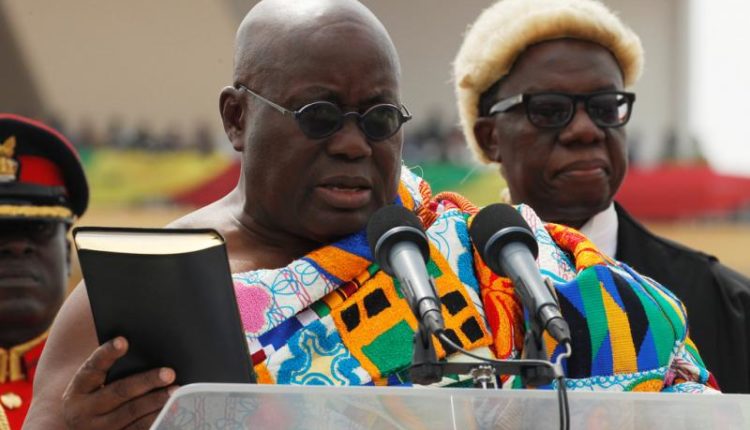 The opposition National Democratic Congress (NDC) appears to be concerned about the recent development regarding attempts to remove the Auditor General, Daniel Yaw Domelovo from office.

The NDC argues that the move is part of a sinister ploy to paralyse the audit-activities and hence the quest to know and understand why President Akufo-Addo would be fighting constitutional bodies and state institutions fighting corruption.

According to them, the current dispensation of the President goes contrary to his oath of allegiance sworn during his induction.

The concerns of the opposition NDC is over the Senior Minister, Yaw Osafo Maafo’s, stay in office when according to them sufficient evidence have been provided detailing the senior minister’s involvement in the award and payment of almost GH₵5.5 million to Kroll Associates.

At a press briefing on Monday morning, the NDC’s General Secretary, Johnson Asiedu Nketia  stressed on the President’s stance on the said case despite the available evidence.

The NDC wants the President to act in a manner that is in keeping with the dictates of Ghanaian law rather than taking steps that deepen corruption and the total dissipation of the public purse in the manner the Senior Minister has been exposed to have done.

“If President Akufo-Addo fails to take action on this case of corruption by his Senior Minister, as we expect he would, he will have cemented his image as the biggest promoter of corruption in the history of Ghana and the one President who presided over the most corrupt government. His moniker as the chief corruption clearing agent would have been well and truly earned, ” NDC’s General Secretary stressed.

The NDC has, therefore ,called on Ghanaians to resist any form of orchestration to have a puppet smuggled into the Auditor-General’s office in order to move forward.

The Akufo-Addo administration on September 26, 2017 signed a contract with Kroll Associates for some professional services.

The contract was signed on behalf of the Government by the Senior Minister, Yaw Osafo Maafo.

The contract was to take effect from February 2017. Reports show the particular contract was awarded to Kroll Associates based on an expression of interest by the company.

A letter dated  November 14, 2017 and addressed to the Minister for National Security, showed sole sourcing approval by the PPA.

Further probe reveals the Kroll Associate contract awarded by the Senior Minister did not receive prior approval from the PPA.

Find below details of the statement read by the General Secretary