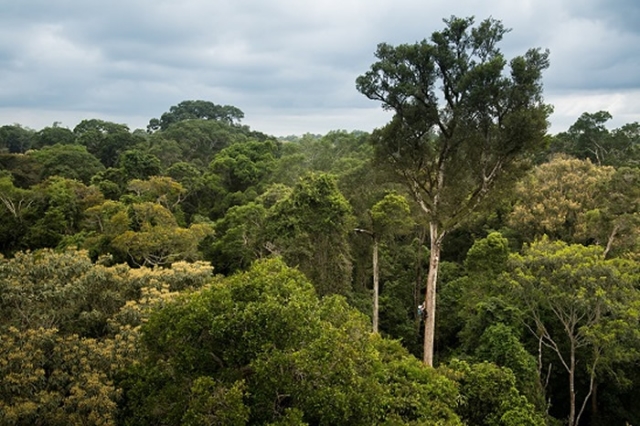 Spokesperson for Ghana’s Vice President, Dr Gideon Boako has said that government will not destroy or mine bauxite in the Atewa Forest.

This statement is welcomed by the local communities and civil society organizations demanding government rescinds its decision to mine bauxite in Ghana’s precious Atewa Forest.

The campaign has also had the international movie star and environmentalist, Leonardo Di Carprio add his might to the many voices of reason, asking the government of Ghana to prioritize the protection of Atewa as an irreplaceable asset for the health of the planet.

The question we have is, did China’s second most powerful visitor to Ghana urge the Ghana government to exclude Atewa Forest from the bauxite deal?

The Vice Premier of the People’s Republic of China H.E. Sun Chunlan had ample time to raise the issue during her two-day visit to Ghana for bilateral talks with the President and his government.

Her Excellency is in a strong position to make such demands given that her country is co-lead of the UN Environment Programme’s Nature Based Solutions coalition together with New Zealand.

The coalition’s manifesto for the September 2019 Climate Action Summit called for the scaling up of nature-based solutions including conservation and restoration of forests for their important role in mitigation, resilience and adaptation to climate threats.

Her Excellency Sun Chunlan’s awareness of Atewa as one of Ghana’s most important nature-based solutions should have ensured Atewa’s protection from bauxite mining became a key discussion point during the bi-lateral talks.

The campaign to save Atewa Forest has also already communicated its concerns to important actors in China to ensure its decision-makers are fully aware of the threat.

The Vice Premier also planned to use her visit as an opportunity to implement key understandings made during the 2019 Africa-Beijing Summit. During that summit, eight major initiatives were agreed including one on Green Development focused on environmental protection and climate change adaptation.

Among the issues for Africa-China cooperation and action on this initiative are ecological and wildlife protection, sustainable forest management, climate change adaptation, and desertification prevention and control.

The planned Africa-Beijing Summit discussions provided an ideal opportunity for Her Excellency to press for Atewa’s exclusion from bauxite mining.

We will also reiterate the Senior Minister Yaw Osafo Marfo’s statement here: “What we have to do is to look at technology…if the technology is not available today, let’s forget about it and leave it till the time we have technology to extract the bauxite without destroying the environment”. This is a positive development that campaigners welcome.

It is clear, campaigners are not giving up on their demands, which calls for a firm commitment from the President and government of Ghana that Atewa Forest will not be mined.

Since Mr. Boako, spokesperson for Ghana’s Vice President, said during an interview with Asempa FM that Atewa’s bauxite is not the focus of the Sinohydro bauxite barter arrangement, and  that “the infrastructure development in exchange for bauxite proceeds will not affect the Atewa Forest bauxite mines because the focus is on Nyinahin which has more portions of bauxite compared to Atewa”, we are demanding that GIADEC and the Ghana government make a clear statement to this effect so we can gain clarity on these recent utterances.

“I hear people say oh government wants to mine in Atewa…that is where we get our water, biodiversity and conservation centre….We know all these things but I’m telling you that if government wants to mine bauxite today, Atewa is not part of it because most of the bauxite is at Nyinihin. What is at Nyinihin is millions compared to what is even at Awaso. Where the quantity is located is where the factory would be built―where we can have production quickly. So, our focus in on Nyinihin” Mr. Boako said.

It is critical to the bauxite development agenda, that, the government, heed calls to ensure a comprehensive Strategic Environmental Assessment as well as site specific environmental impact assessment that is inclusive and transparent.

These assessments should also be responsive to the interest of communities and the need to balance trade-offs with the critical need to secure Ghana’s remaining natural climate solutions.