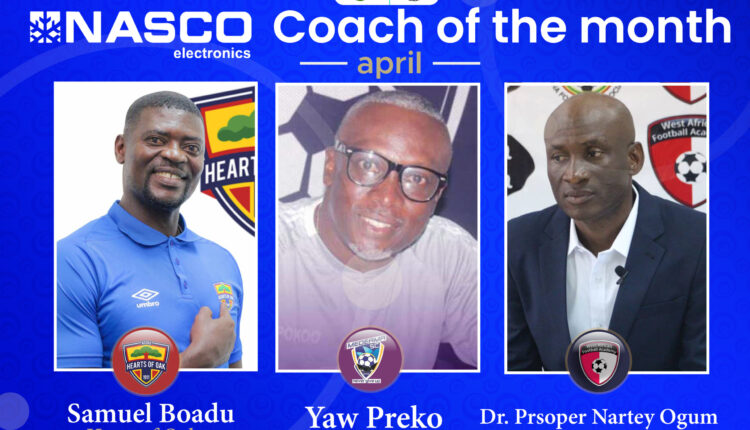 Winners for Player, Coach of the Month for April announced

West Africa Football Academy’s Issah Abdul Basit has been named NASCO Player of the Month in the 2020/21 Ghana Premier League for April. 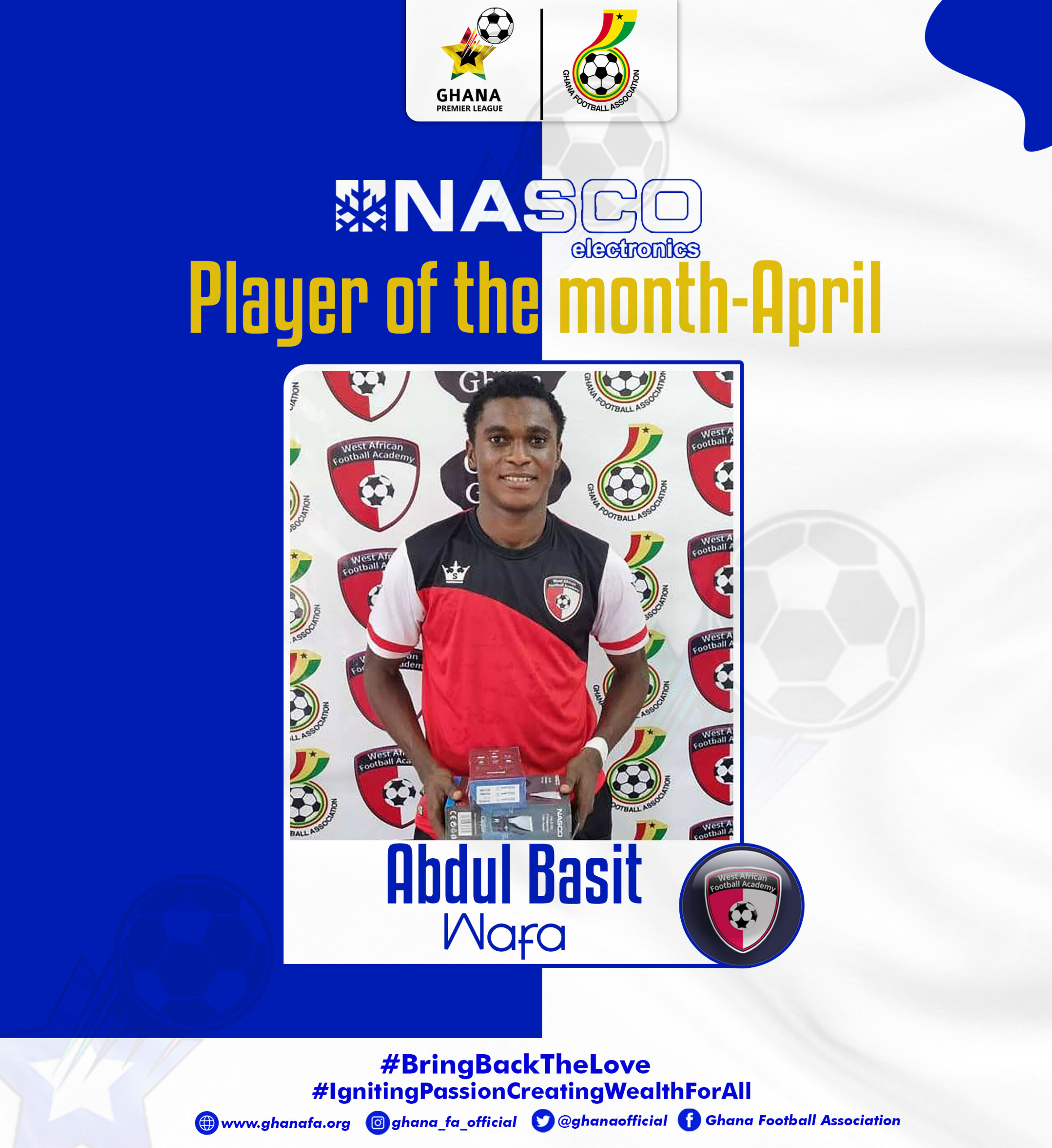 Basit gave a good account of himself after scoring three goals in the month of April and also winning the Most Valuable Player of the match on two consecutive occasions last month.

The youngster has been impressive since breaking into WAFA’s first team.

Head coach of Medeama SC, Yaw Preko was declared the winner for the NASCO Coach of the Month award for April.

He guided the Tarkwa based club to three wins from four matches in the month of April. 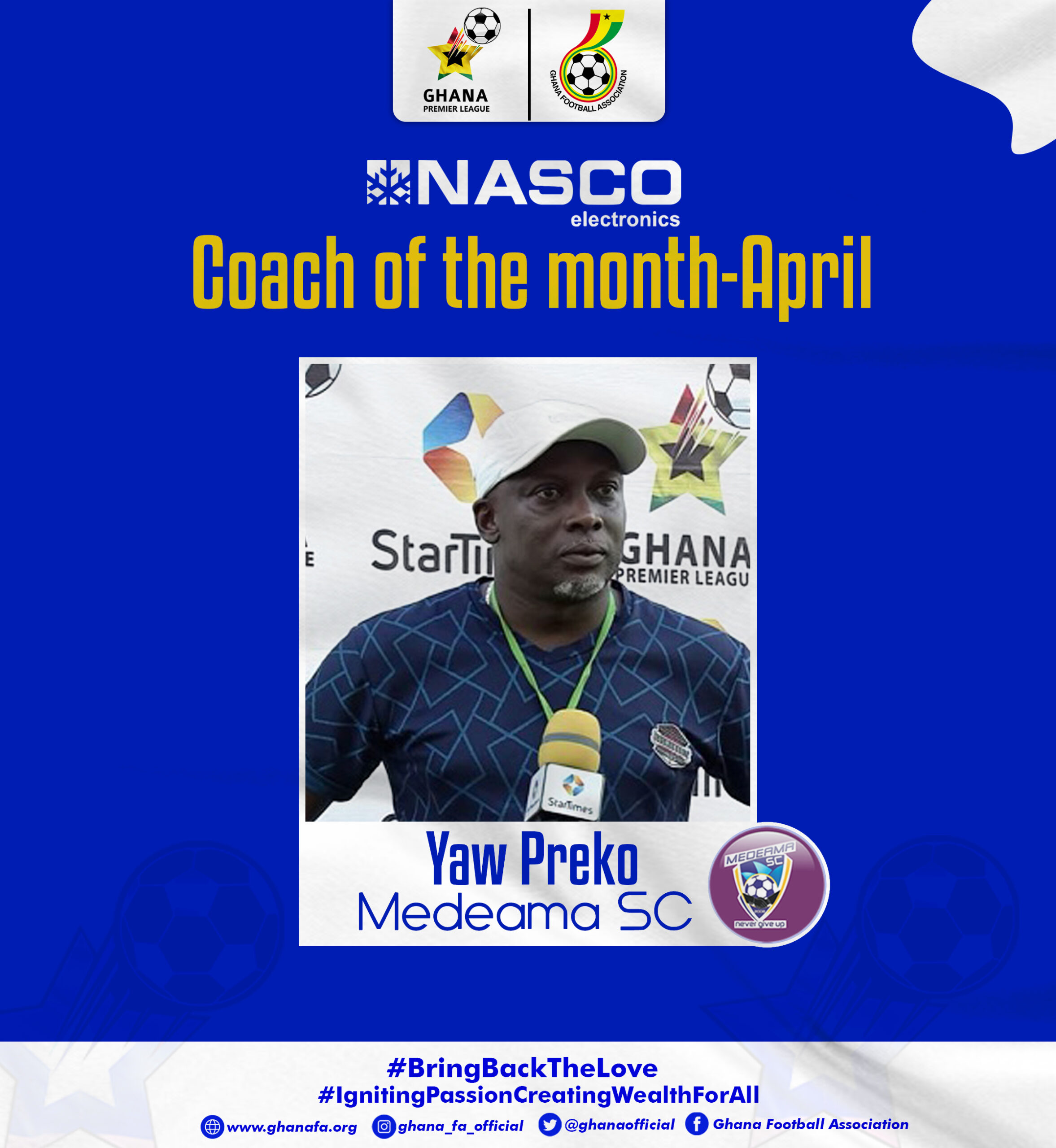 Story By kobby Asamoah/ k.boahene@theghanareport.com
Ghana Premier LeagueNascoPlayer of the MonthYaw Preko
You might also like
Sports