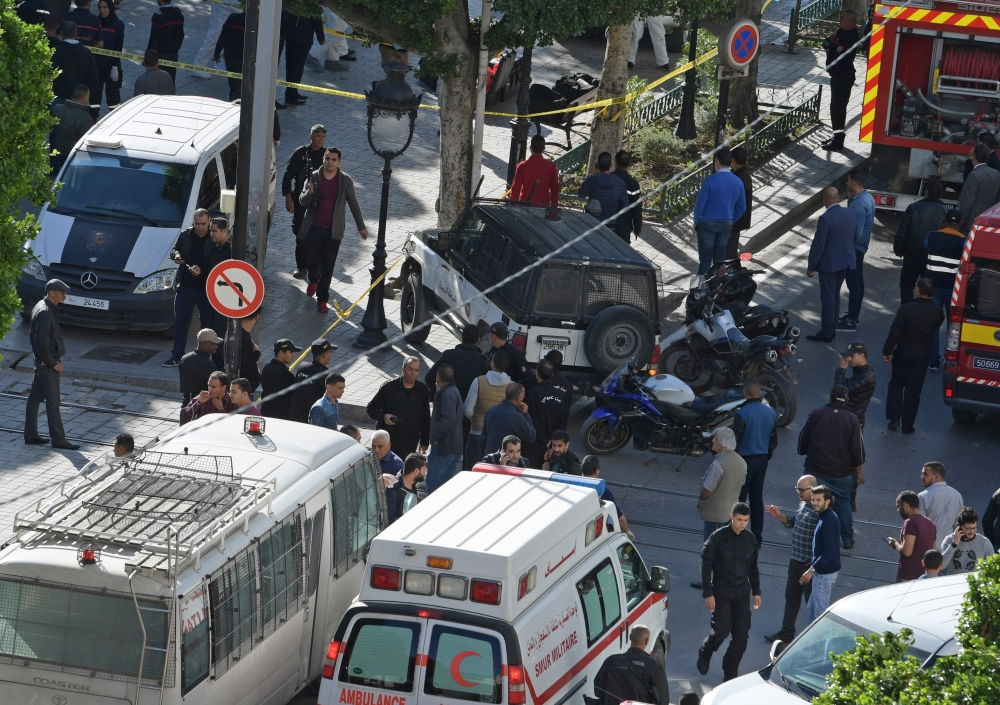 Woman blows herself up in Tunisia

At least nine people were injured when a 30-year-old woman blew herself up in the centre of Tunisia’s capital, Tunis, the interior ministry says.

Describing the blast as a “terrorist explosion”, the ministry said the woman had had no previous known militant background.

Eight of those hurt in the explosion on Avenue Habib Bourguiba, which runs through the middle of the city, were police officers.

No deaths have been reported.

No group has said it is behind the attack.

The attack comes at a time when the country’s vital tourism industry is starting to show signs of recovery, more than three years after two deadly terror attacks decimated visitor numbers.

The first, an attack on the capital’s Bardo Museum in March 2015, left 22 people dead. Just a few months later, in June, another 38 people were killed in a resort in Sousse.

Where did the attack happen?

Pictures from the scene of the attack show a large number of emergency service personnel in the area.

The explosion was 200 metres (220 yards) from the French Embassy and on the same road as the interior ministry, local journalist Souhail Khmira told the BBC.

He arrived at the scene 15 minutes after the blast and says a cloud of black smoke was visible from far away.

Shops, he said, were shut on what is usually one of the busiest streets in the capital, and police had barricaded the street.

It is understood that a police checkpoint was the target, reports the BBC’s North Africa correspondent, Rana Jawad. 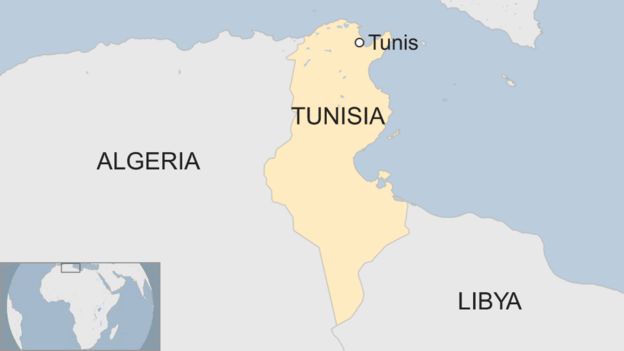 Tunisia has been under a state of emergency since 2015 when a suicide bomber killed 12 security agents on a bus for presidential guards, reports AFP news agency.

This state of emergency was extended earlier this month until November 6, ahead of elections planned for next year, AFP adds.