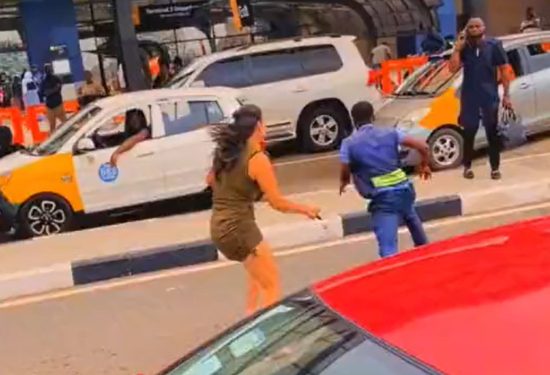 A young lady who was seen in a viral video attacking a car park attendant at the Kotoka International Airport (KIA) has been arrested by the Airport Police Command.

Management of the Ghana Airports Company Limited, in a statement shortly after the incident, explained that the lady had parked at the pedestrian crossing at Terminal 3 departure frontage.

Her refusal to move led to the clamping of her vehicle. Infuriated by the action, she got down from the vehicle and attacked the attendant.

“On Wednesday, July 13, 2022, at about 10:45 am, a female foreigner parked on the Pedestrian crossing at Terminal 3 departure frontage, Kotoka International Airport (KIA). She was requested by the car park attendant to move her vehicle but refused. Consequently, the vehicle was damaged.

“In a fit of rage, she got down from the vehicle, removed the clamp, and threw it at the car park attendant, injuring him in the process. She was subsequently arrested by Police Personnel deployed at the Airport and handed over to the Airport Police Station,” the statement said. 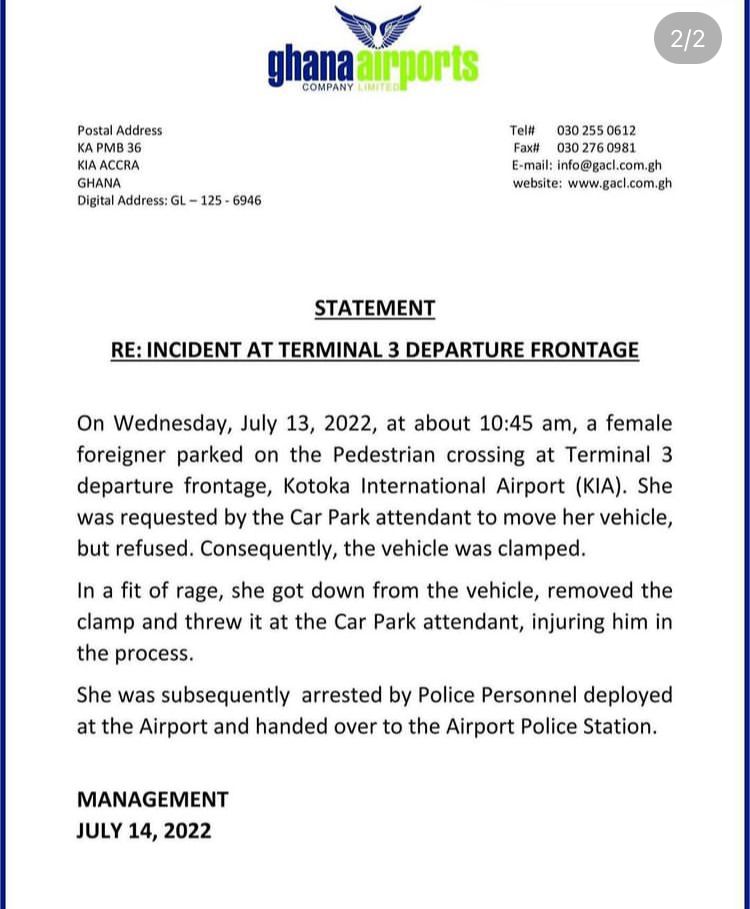