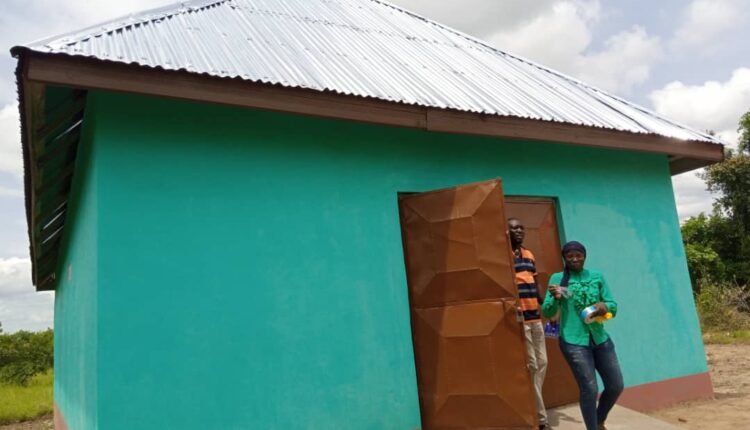 The Fuji Oil Ghana (FOG), a private sheanut processing company, has commissioned two warehouses for women cooperatives in Jang and Sankana communities in the Nadowli-Kaleo District to help boost their sheanut businesses for economic transformation.

The women cooperatives are expected to harvest the sheanuts, store in the warehouse and sell to FOG when the prices appreciated to help strengthen the financial capacity of the women.

Mr Ronny Voorspools, the Managing Director of FOG, said the support was under the company’s Sustainable Shea programme.

The members of the cooperatives were also trained in basic knowledge in cooperative formation, and processing of the sheanut they harvest to ensure the quality of the nuts they sell to the company.

The Green World Initiative (GWI) constructed the warehouses under the Public-Private-Partnership initiative, with funding from the FOG while the USAID provided funding through the Global Share Alliance (GSA) for training the women.
Mr Voorspools said the FOG, based in Techiman in the Bono Region, had constructed and handed over eight warehouses to 35 women groups in the North East and Upper West Regions as well as adopted 27 women groups that already had warehouses but without a good market for their sheanuts.

“We require 40,000 tons of sheanuts, that is, half a million jute sacks, to process annually. We expect that we will source 50 per cent of the annual requirement directly from the women cooperatives,” the Managing Director said.
Mr Wisdom Doe, Managing Director for GWI, noted that the project would help improve the fortunes of the women in the shea value chain as the FOG would provide them with financial support to aggregate the sheanuts.

He said the women could also use the warehouses to store grains for other people at a fee, which would also serve as a source of income for the cooperatives.

“With the training that we offered the women, it will enable them to process good quality sheanuts, which will give them a good market for the nuts,” Mr. Doe added.

Madam Cecilia Shardey, Project Manager for the Sustainable Shea Initiative (SSI) at GSA, urged the women to maximize the project for the development of their communities.

“You have to develop a good working relationship with Fuji Oil by supplying them with the sheanuts so that you can have a long-standing trade relationship in this business,” she said.

The beneficiaries expressed gratitude for the intervention and said it would help improve their shea business financial status.

Madam Joyce Dawono, Secretary of the Sungmaala Women group at Jang, said they, hitherto, sold the shea nuts to middlemen at cheaper prices because they could not store them to sell during the off-season.

Madam Katherine Lankono, the Nadowli-Kaleo District Chief Executive (DCE), thanked the FOG and its partners for the support and said the proceeds would help them to meet the educational needs of their children.

She appealed to the benefactors to consider providing the women with protective equipment as they were sometimes attacked by snakes in the bush when they go to pick the sheanuts.

The FOG fractionates the sheanuts, and exports the solid extract to Europe for processing into chocolate and other products while the oil extract was used to produce soap in Ghana.