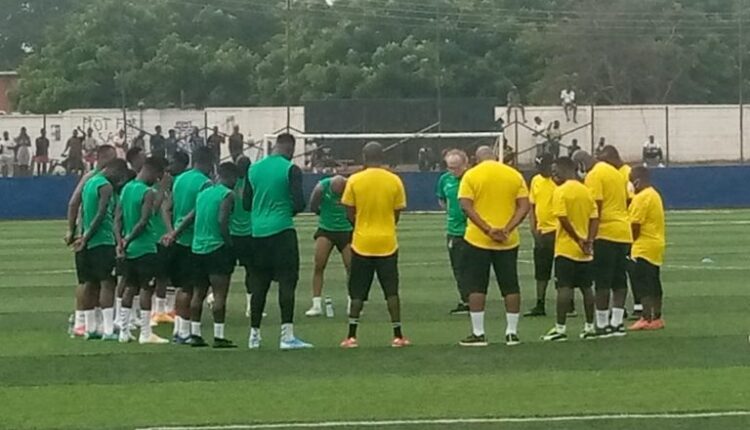 In attendance at the training session held at the Mac Dan Park in La were 13 players of the 30 man provisional squad selected by head coach CK Akonnor.

Captain Andre Ayew led the team of both local and foreign-based players as they prepared for their clash against Ethiopia on Friday.

Coach Akonnor who was available to supervise the team’s first training session is expecting the number of players in camp to shoot up on Tuesday as some Europe-based players were expected to fly in on Monday night.

The team is expected to travel to Cape Coast later this morning and will hold their first training session there in the evening.

The World Cup qualifying game on Friday is scheduled for a 7 pm kick-off.