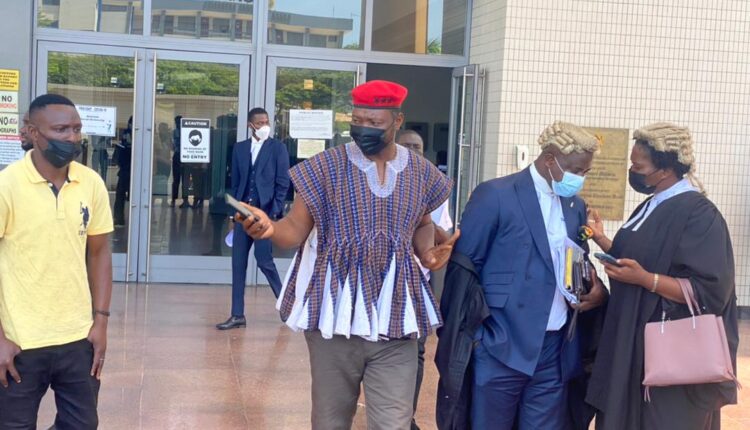 An Accra High Court has directed the pressure group, Arise Ghana, to reconsider its set time for a planned demonstration slated for Tuesday, 28 June 2022.

The court presided over by Comfort Tasiame said the group should only demonstrate between the hours of 8:00 am to 4:00 pm.

The court additionally directed that the protest should commence at the Obra Spot here in Accra and end at the Independence Square.

This was after partially granting an application from the police regarding the time and venue chosen by the demonstrators.

Moving the motion, DSP Slyvester Asare, insisted that effective policing cannot take place if the demonstration is allowed to go beyond 10 pm.

With the scheduled time, the police cannot guarantee the safety of demonstrators and other members of the public.

He also made reference to reports of terrorism in neighbouring country Togo to argue their case and prayed for the demonstration to end at 3 pm.

It was on this basis that the prosecution urged the court to stop the planned protest.

Counsel for the protesters Edudzi Tamakloe, however, disagreed. He mentioned that the police have no right under law to determine what time a protest should take place.

He said if there were any concerns it should rather be on injuncting the protest in its entirety and not determining what time the protest should end.

He recounted that the country had seen some demonstrations held at night.

Mr Tamakloe further said if the court was minded to imposing a timeline, it should strike a balance between 3:00 pm and 8:00 pm, adding that: “This application has been brought in bad faith. The organisers have a statutory obligation under the Public Order Act to ensure that the demonstration was organised in an atmosphere of peace”.

“We will respect the statutory provision of being held responsible in case of any damage to public property,” he added.

On the issue of terrorism, Mr Tamakloe argued that the prosecution has not demonstrated how the Togo terrorism which took place in the afternoon comes to play in a demonstration that was to be held in Ghana at night.

After listening to the parties the court decided to grant the request by the police partially by fixing the said timelines and routes.

Proposed outline by the demonstrators

The demonstration, which is in two parts, is set to happen on 28 June and 29 June 2022, subject to fruitful deliberations with the police.

On 28 June, the demonstration will begin at the Kwame Nkrumah Circle Interchange/Obra Spot.

Participants will converge between 12 pm and 3 pm, move along the Nima Police Station street to the Ako-Adjei Interchange, and end at the front of the Jubilee House, where the picketing will take place until 10 pm.

The following day, 29 June 2022, protestors will converge on the El-Wak Sports Stadium at 12 pm and move to the Lands Commission road through the Liberation road to the Ministry of Finance.

There, a petition will be presented to the Minister of Finance, Ken Ofori Atta.

From the Ministry of Finance, the group will move to the Parliament House of Ghana, where another petition will be presented to the Speaker of Parliament, Alban Bagbin.

The pressure group is convinced the country is in deep crisis, and thus “the need to take drastic measures to rescue the country from the elite few”.

They further urged all progressive forces and patriotic Ghanaians to come out in their numbers for what they described as a historic demonstration, which would mark the beginning of a new paradigm shift.