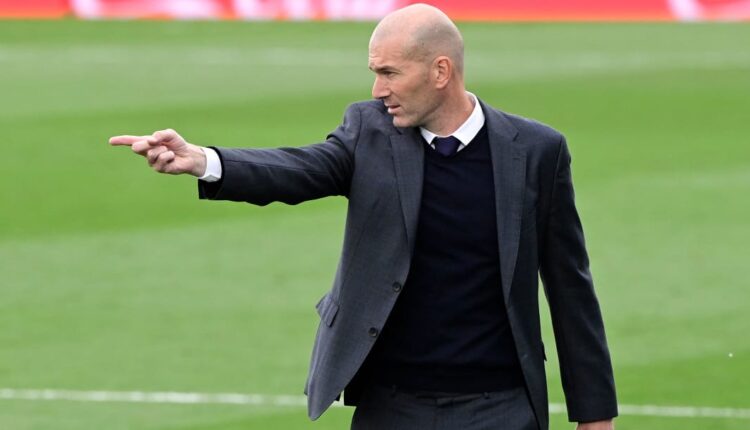 The agent of Zinedine Zidane has previously revealed that the Frenchman is not particularly interested in managing in England, amid reports linking him to the vacant job at Manchester United.

United parted ways with Ole Gunnar Solskjaer on Sunday and have been linked with a whole host of different names, with Zidane one of many on a shortlist which also included Mauricio Pochettino and Brendan Rodgers.

Recent links to Zidane have always seemed somewhat speculative, and that could be because of comments made by his agent back in 2018.

“I do not think that he will manage in England. It is much less his style,” agent Alain Migliaccio told Le Journal du Dimanche. “I have discussed it with him, it does not really attract him.”

Those comments came when Zidane was first linked with United, back when Jose Mourinho had been relieved of his duties in December 2018.

A move did not appeal to Zidane at that time and the belief is that he is primarily focused on taking charge of the French national team, who have been tipped to come calling after Didier Deschamps’ contract ends following the 2022 World Cup.

Sources have confirmed to 90min that Rodgers and Pochettino are the two leading candidates to replace Solskjaer at Old Trafford, with those in charge currently plotting their next move.

Michael Carrick and Mike Phelan have been given temporary charge of the team and could get the nod until the end of the season, proving United cannot find their preferred target beforehand.

Solskjaer’s final game in charge, the 4-1 thumping at the hands of Watford, saw United tumble to eighth in the Premier League table, six points adrift of West Ham United in fourth.

While results haven’t always been as catastrophic as that one, the level of performances have come under immense scrutiny. Big defeats to Manchester City and Liverpool helped highlight that, and the Watford loss proved to be the final straw.