Head coach of Karela United, Evans Adotey has been named Ghana Premier League coach of the month for January.

Adotey led the Anyinase based side to stay top of the league table with an impressive performance of three wins, a draw, and a defeat in the month of January.

However, the Red and Greens are still in contention for their first Premier League title.

Adottey will receive NASCO Television and a personalized trophy from the award sponsors, Electroland Ghana Limited(NASCO). 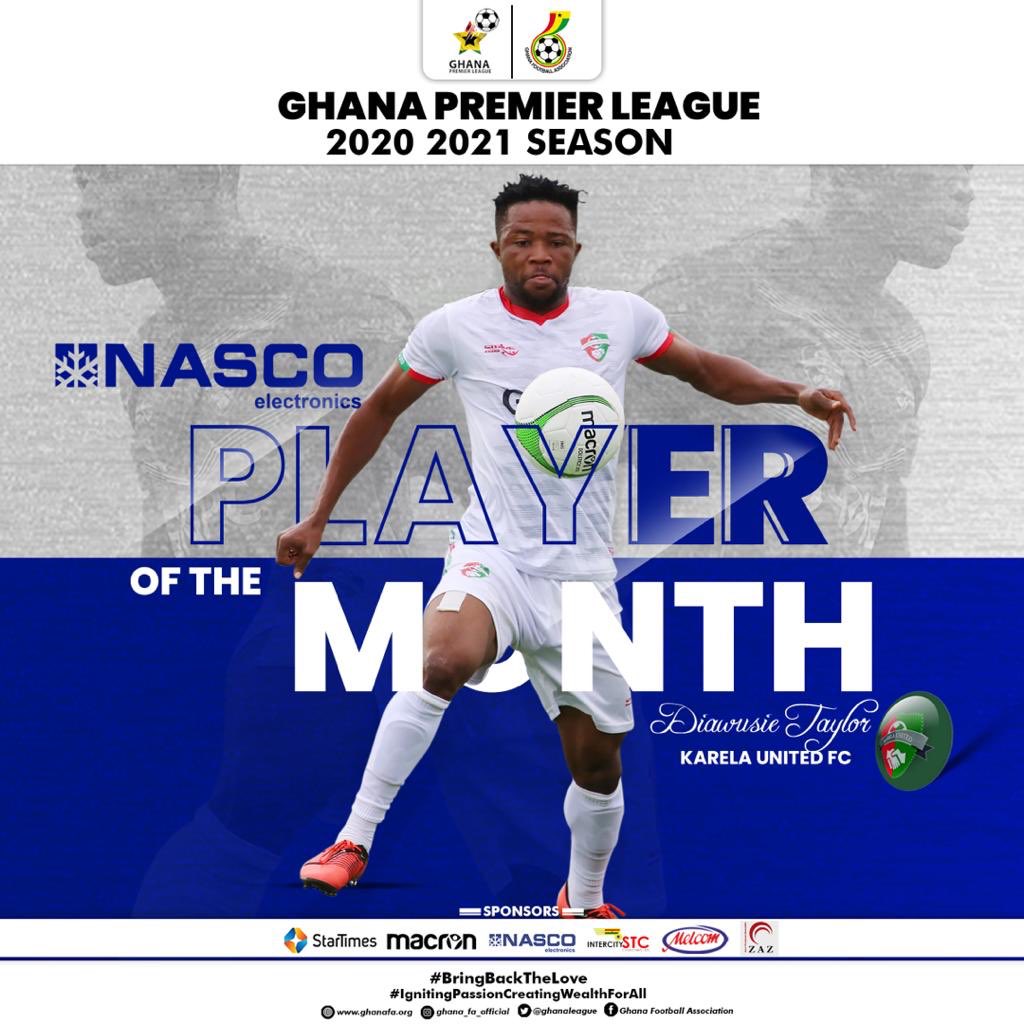 In a related development, joint league top scorer and Karela United striker Diawise Taylor was named player for the month of January.

The striking expert was nominated for the award along with three others, made up of Daniel Lomotey of WAFA, Maxwell Nii Abbey Quaye, and Elmina Sharks midfielder James Bissiu.

In the month of January, Taylor scored a total of four goals and provided two assists for teammates.