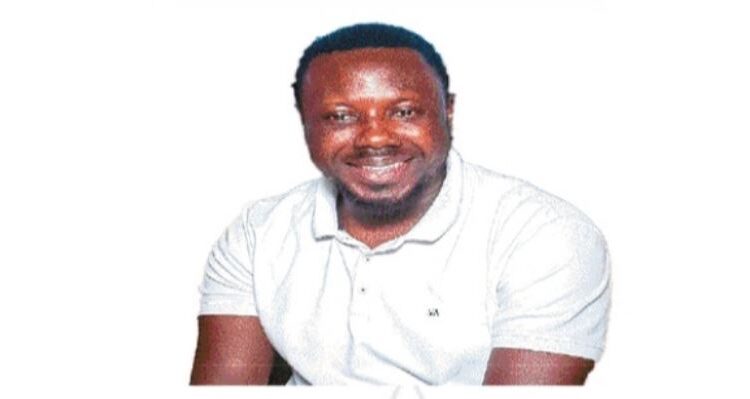 The Kaneshie District Court has issued a warrant for the immediate arrest of one Peter Apawu Kwame for defrauding by false pretence.

The Economic Crime Unit wants the 34-year-old suspect at the CID Headquarters to assist in investigating a case of defrauding by false pretence against him.

Kwame, a native of Adumasa-Konogo in the Eastern Region, is alleged to have demanded and collected an amount of GH¢3,800,000.00 from his victim.

So far, efforts to trace him have proved futile, and thus the police wanted notice.

The suspect is 5 feet 6 inches tall. He was last seen wearing an ash Lacoste shirt with a pair of blue jeans on July 5 this year.

He is suspected to be hiding at Lashibi in Accra, Elmina in the Central Region or Tema.

Anyone with information on the whereabouts of suspect Kwame should contact the Economic Crime Unit at the CID Headquarters or the nearest police station.

Defrauding by false pretence, contrary to section 131 of the Criminal Code of 1960 (Act 29), says, “Whoever defrauds any person by any false pretence shall be guilty of a second-degree felony”. 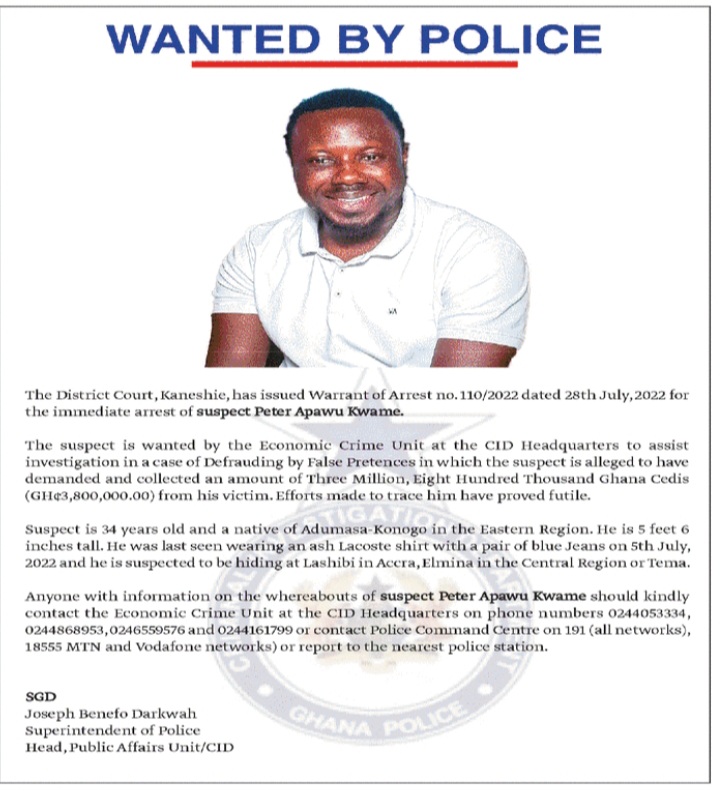