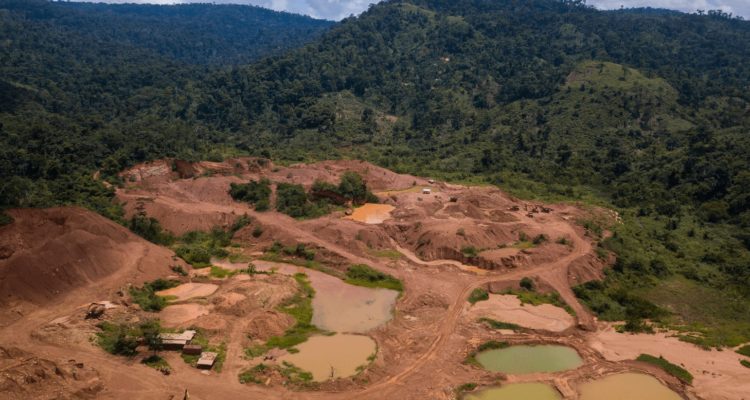 Due to the rate of forest depletion, the government is embarking on a Green Ghana project to plant 5 million trees.

The country’s forest cover has been depleted, with only 20% remaining.

Not only that, over the years, there has not been any corresponding aggressive afforestation exercise to ensure the protection of the country’s forest cover, leading to continuous depletion.

Acknowledging the extent of damage made to the forest cover and its associated effects on land, water bodies, and climate change, the government has come out with a project to restore the country’s forest cover “sufficiently.”

To this end, millions of trees are to be planted across the country, beginning, Friday, June 11, which has been christened ‘Green Ghana Day.’

Green Ghana Day is to awaken the country to appreciate the need for tree planting.

The day forms part of a bigger scheme, the Green Ghana Project, a five-year programme, aimed at planting about five million trees across the 16 regions of the country to restore the depleted forest cover.

Some economic tress like timber, wawa (African whitewood), neem, rose wood, and shea would be planted as an investment for the future as part of the programme.

Providing a briefing on the project in Accra, the Minister for Lands and Natural Resources, Samuel Abdulai Jinapor, described the situation as, “alarming” and said, “the time for action is now!”

Making a case for the country to get involved in the project, he referred to Israel, where they have built their society such that even when people go for picnic, it is incomplete until they plant a tree.

More so, once one tree is harvested in that country, two or three are planted on a regular basis, thereby protecting their forest cover continuously, and sustainably.

He also referred to Ethiopia, where the Prime Minister, Abiy Ahmed Ali, in 2019 also led about 19 million people to plant about 350 million trees in a day.

“This is exactly what we seek to do in Ghana. We want to build the level of consciousness in the country, where tree planting becomes part and parcel of the Ghanaian people,” the Minister said.

In addition, he encouraged those who would partake in the exercise to take it upon themselves to nurture the trees until they mature.

Meanwhile, the President Nana Addo Dankwa Akufo-Addo, would lead the tree planting exercise, which commences this Friday, as part of the ambitious ‘regreening project.’

The national exercise would have other high-profile personalities taking part including Vice President, Mahamadu Bawumia.

One student, One Tree Initiative

Students have not been left out of this Green Ghana project, and to that end, the government launched the ‘One student, One Tree Initiative,’ to encourage students to plant and nurture trees.

At the launch of the programme, the Minister of Education, Dr Yaw Adutwum also indicated that the emergence of global warming has made it necessary for the country to plant more trees.

This, he said was noticeable, as the country was recording high temperatures due to the impact of global warming and urged all to participate in the tree planting.