The Auditor General, Daniel Domelevo is threatening to seek legal action against Economic and Organized Crime Office (EOCO) if it should continue its investigation on alleged procurement breaches at the Ghana Audit Service (GAS).

A private citizen lodged a complaint at EOCO against the Auditor-General, Mr. Daniel Yao Domelevo; the Deputy Auditor General (Finance and Administration), Mrs Roberta Asiamah-Appiah, and the Audit Service Board, accusing them of circumventing the procurement laws to procure some vehicles for the Audit Service in 2018.

But in a letter sighted by The Ghana Report, Mr. Domelevo is challenging the mandate of EOCO in conducting investigations into the activities of the Ghana Audit Service.

He is therefore demanding for an unqualified apology from EOCO over what he calls “illegal and unlawful investigation of alleged procurement breach” at the Ghana Audit Service.

According to Mr. Domelevo, until EOCO provides its mandate and jurisdiction in conducting the alleged procurement breach at the GAS, he will fiercely contest the move in court.

“A careful reading of your enabling law, the Economic and Organized Crime Office Act,2010 (ACT 804) as amended by the Office of the Special Prosecutor Act, 2017 (Act 959) and from discussion with my lawyers. I am of the firm belief that your office does not have the mandate to investigate any breaches under the Public Procurement Act…. Thus this power your office purports to exercise now has been effectively taken away by the amendment contained in section 79 of Act 959” the letter read. 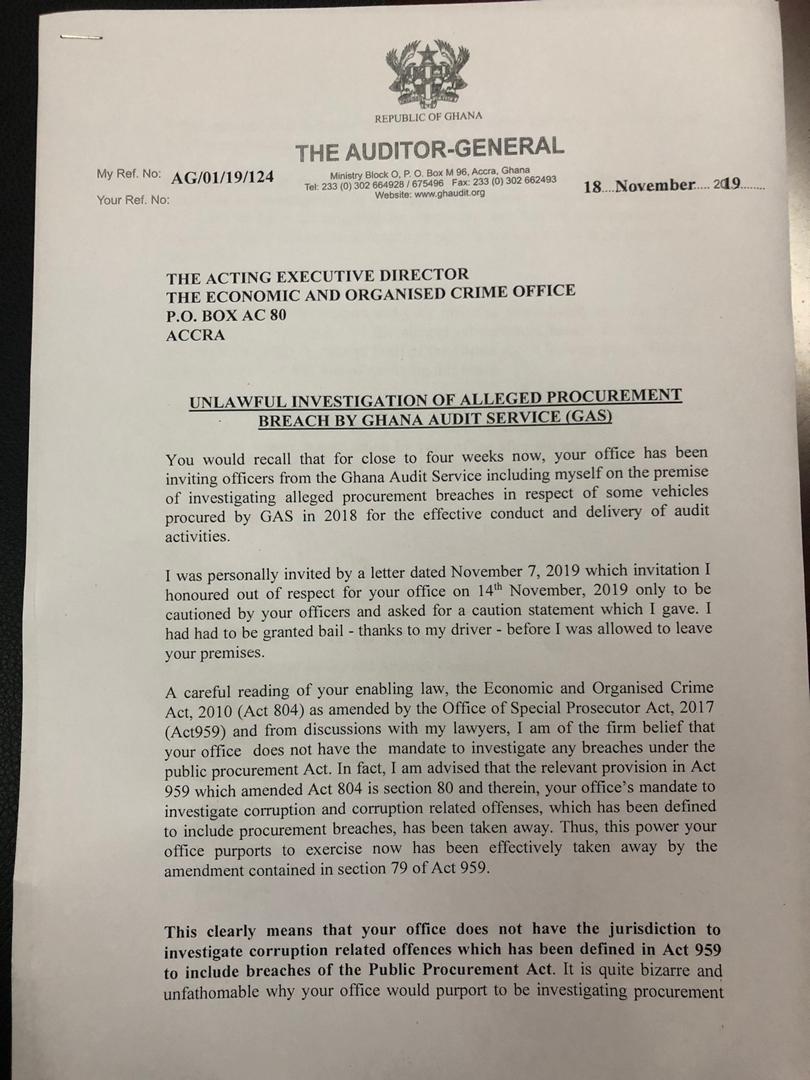 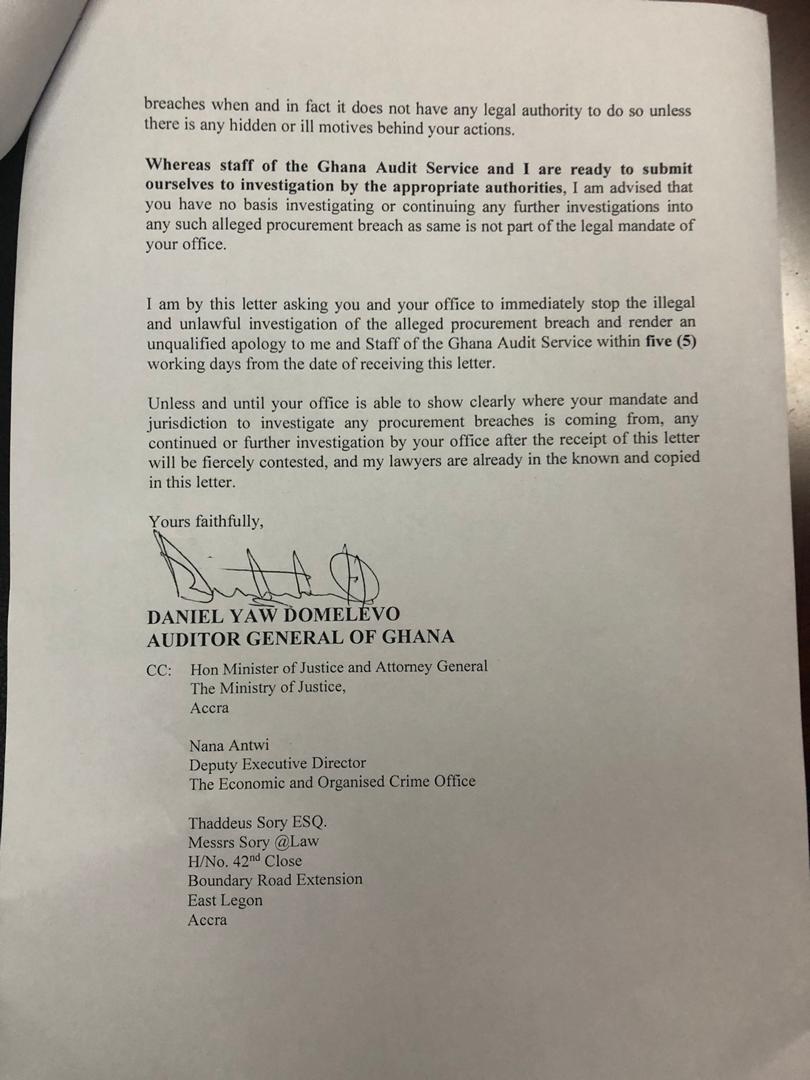