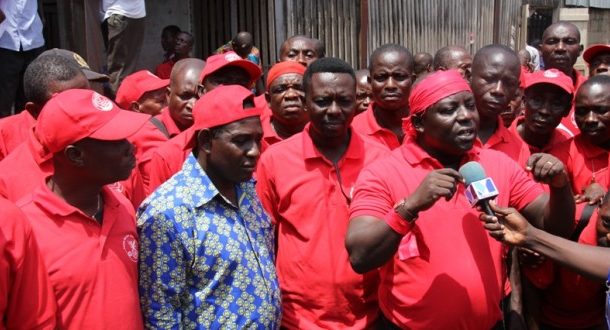 It, therefore, enjoined members to be steadfast, resolute and committed to the cause and stay at home until further notice.

In a statement signed by Mr Isaac Bampoe Addo, Executive Secretary of CLOGSAG, the Association drew the attention of members to the ongoing strike and charged them to be steadfast.

It should be noted that by letter number GA3Vol.2 dated March 30, 2022, CLOGSAG declared its intention to embark on strike to press home its demand for the implementation of the Memorandum of Understanding (MOU) entered into with the government on January 20, 2022.

“This action has become necessary as a result of Government’s failure to fulfil its side of the Agreement since February, 2022,” it said.

“The industrial action embarked upon by members of CLOGSAG is a legal strike that is proceeding unabated.

“CLOGSAG members are enjoined to be steadfast, resolute and committed to the cause and stay at home until further notice,” the statement stressed.

It is, among other things, demanding the payment of neutrality allowance owed its members.