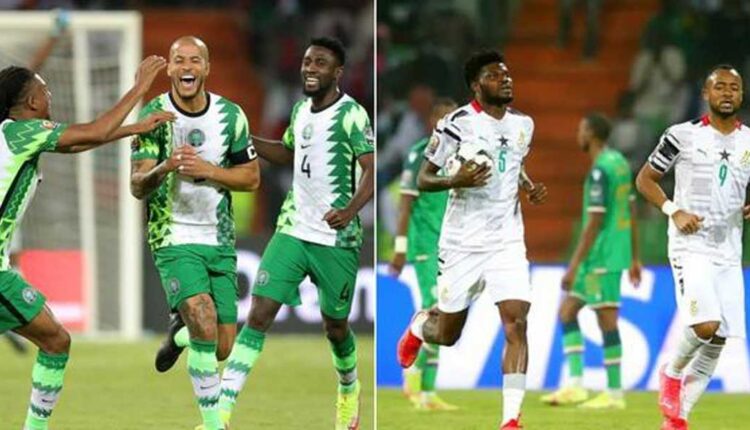 Black Stars held to a goalless draw by Super Eagles

Ghana’s Black Stars were held to a 0-0 draw by Nigeria’s Super Eagles at the Baba Yara Stadium in the first leg of the World Cup playoff.

Despite dominating the game, the Black Stars were unlucky to find the net as they continued with missed chances throughout the game.

Going into the game, Coach Otto Addo gave starting roles for debutants Felix Afena-Gyan and Denis Odoi, who gave a good account of themselves.

Jojo Wollacott kept his place in goal despite the return of Richard Ofori and had regular centre backs Daniel Amartey and Alexander Djiku to his rescue in defence.

With captain of the side Thomas Partey teaming up with Iddrissu Baba and Mohammed Kudus, the Stars kept a greater part of possession as they continued to pour forward in numbers when they had the ball and pressed effectively when they didn’t.

The draw now means that a slot for the 2022 FIFA World Cup will now be fought for in the second leg to be held in Abuja, with the winning team on aggregate going through for the World Cup in Qatar.