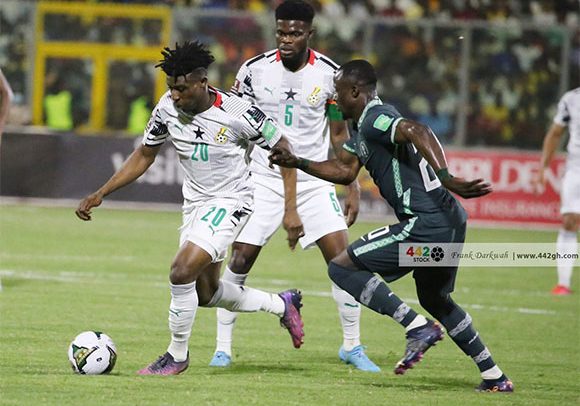 The Black Stars have booked a place at the 2022 World Cup in Qatar after securing a 1-1 draw against Nigeria in Abuja.

The results push the Stars through to their fourth World Cup in five attempts having missed out on Russia 2018.

Coach Otto Addo maintained the same starting lineup in the first leg, with the only task of the day being to avoid defeat in the second leg against the Super Eagles for any chance of making it through to the world tournament.

That task seemed even more daunting as the two teams stepped out to the stadium-rocking chants from the home fans.

The Black Stars surprised the Super Eagles with an early goal in the 11th minute, courtesy of a strike from captain Thomas Partey.

The Arsenal midfielder’s powerful effort went straight through Super Eagles goalie Uzoho and into the back of the net, sparking wild celebrations from the away side.

After that goal, Nigeria came in strong as the team piled pressure on the visitors.

Eventually, the pressure paid off with a penalty awarded to Nigeria in the 22nd minute.

A tackle in the box on Ademola Lookman from Denis Odoi was deemed illegal by the referee after he was prompted to review the footage of the incident.

Defender, William Troost-Ekong, stepped up and sent Wollacott the wrong way, levelling the score on aggregate.

The match ended in a 1-1 draw, meaning Partey’s away goal was enough to secure a place in Qatar 2022 for the Black Stars.

Below is the starting line up of both teams: 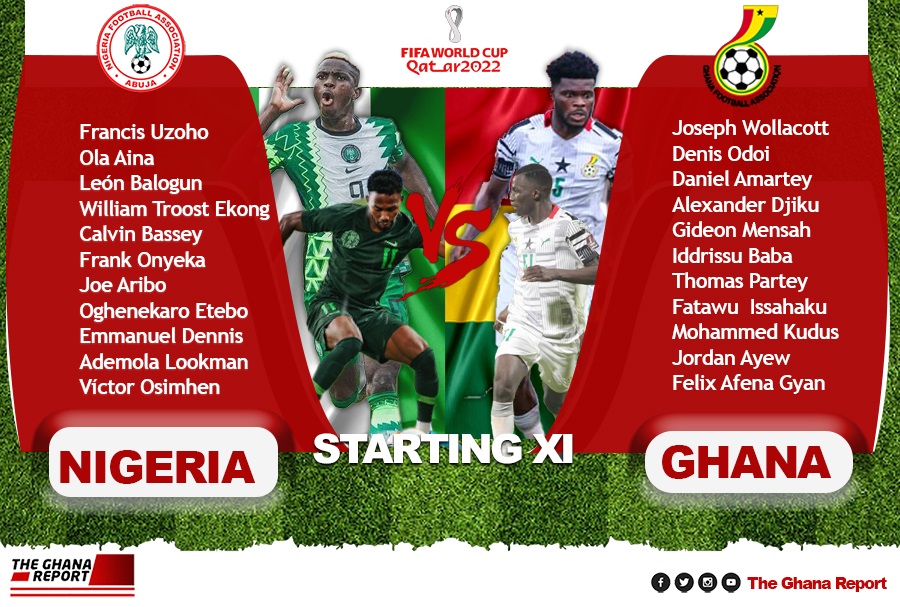