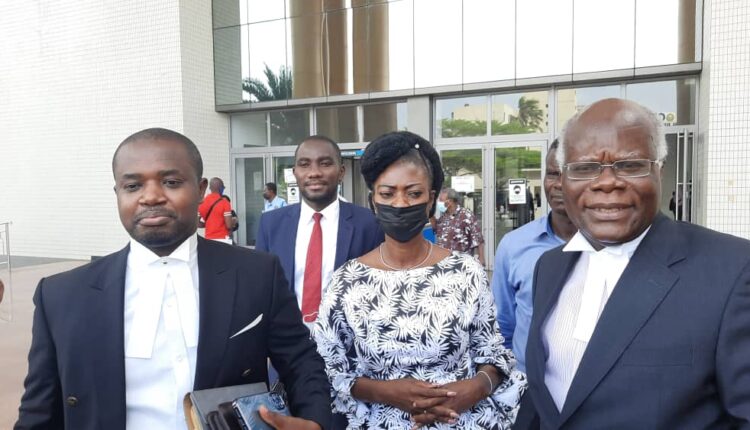 The Managing Director of Reroy Cables Limited Kate Quartey-Papafio has been acquitted and discharged while three others are to open their defence in the trial over the collapse of Capital Bank.

An Accra High Court, in its ruling on Thursday, July 8, upheld a submission of no case submitted by Quartey-Papafio’s legal team.

A no-case submission is made when the defence considers that the prosecution does not support a finding of guilt and that the court should dismiss a defendant without presenting a case.

The trial judge Justice Eric Kyei Baffour sided with the Reroy Cables Manager. He said the state had failed to establish a case against her, and thus her acquittal and discharge.

The trial judge, however, ordered three other accused persons – William Ato Essien, Fitzgerald Odonkor and Tettey Nettey to open their defence and subsequently dismissed their submission of no case.

The judge held that a prima facie case had been established against the three men standing trial for their various roles in the collapse of the bank.

The four accused persons were slapped with 26 charges of conniving and stealing GH₵620million of liquidity support given to the Capital Bank by the Bank of Ghana.

Why Kate Papafio was set free

The court said there was no evidence that showed that the businesswoman intended or acted in any way to steal money from Capital Bank.

Per the ruling, the businesswoman only acted as a trustee for another person who wanted to purchase shares from the bank but had no knowledge that the said money was part of the liquidity support.

Also, the said money which was GH₵70million was still in the custody of the Consolidated Bank, Ghana (CBG) and had not been misappropriated or stolen by the businesswoman.

“A prima facie case has not been established against her. Rather she acted childish in the deal. The law does not punish the fool but the one with evil intention,” the court ruled.

The Managing Director of MC Management Services, Tetteh Nettey faces two counts of stealing, two counts of money laundering and two counts of conspiracy to steal, making his a total of 6 counts.

Managing Director of the bank Fitzgerald Odonkor, on the other hand, is charged with seven counts of abetment of crime, namely stealing.