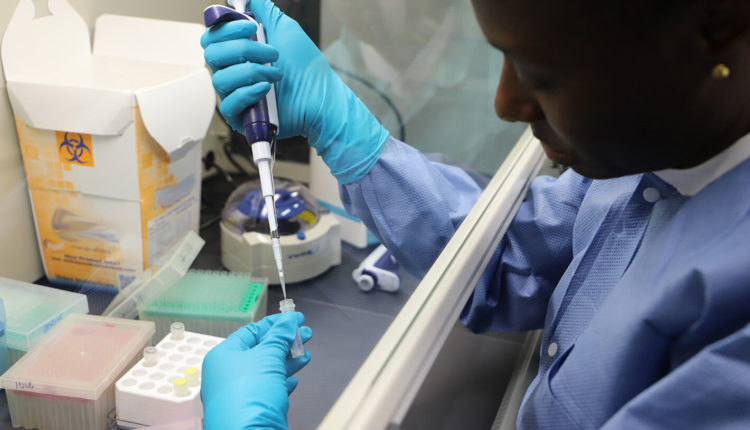 One more person is dead, as Ghana records 113 new cases of coronavirus, pushing the country’s case count to 7,881.

It is the second death in two days as Ghanaians anticipate a possible ease in restrictions aimed at reducing the spread of the feared COVID-19.

According to the Ghana Health Service, the latest patient to have died was a 93-year-old male, a known hypertensive and also with prostate cancer.

He was admitted in a hospital in Accra with a complaint of difficulty in breathing and cough. COVID -19 was suspected and patient isolated at the emergency room. COVID -19 samples were taken on May 26, 2020, and results then confirmed as positive.

In all, 36 people have succumbed to the disease, which took its first victim in Ghana on March 22–a 61-year-old Lebanese male trader and resident in Kumasi in the Ashanti Region.

He was said to have an underlying health problem, just like most of those who died from the disease in the country.

A total of 15 regions in the country have confirmed cases of COVID-19.

Almost three months after the country recorded its first coronavirus cases on March 12, the Ahafo Region now remains the only region out of the 16  not to have a confirmed COVID-19 case.

The Western Region passed the Central Region as the region with the third-highest number of cases days after two of its areas—the Tarkwa municipality and Sekondi/Takoradi metropolis were declared as the country’s latest hotspots.

The region how has 421 cases. But the Greater Accra Region is leading as the epicentre of Ghana’s coronavirus spread with 5,507—with 77 new infections—while the Ashanti Region confirmed only one new case. It hotspot in Obuasi, which was a concern for health authorities two weeks ago appears tamed.

As the deadline of the country’s border closures looms (midnight on May 31, many expect the President to thaw the restrictions with his address tonight(May 31).

Ghana’s existing restrictions have closed down all borders, banned social gathering, including religious, sports,esdel34 as well as shut down schools from basic schools to the university.

President Nana Addo Dankwa Akufo-Addo is expected to address the nation on Sunday. He has already given hints of easing the restrictions imposed on March 15 and extended more than twice.