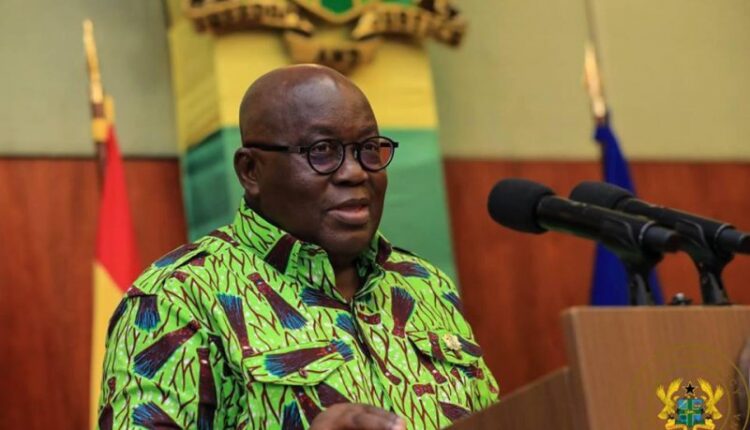 The President of the Eastern Regional House of Chiefs, Nene Sakite II has lauded President Akufo-Addo’s government for making sure that the region gets a fair share of developmental projects in spite of prevailing challenges.

The projects, amongst a lot more others, significantly include the commencement of the new Regional Hospital in Koforidua, the phase lift of roads in the Eastern region and extension of railway network.

According to Nene Sakite II who is also the Paramount Chief of Manya Krobo, he is offering full testimony to this because “almost 70km of the newly constructed railway line passes through my territory.”

He also expressed profound appreciation to President Akufo-Addo for commissioning the University of Environment and Development in Kroboland.

Nene Sakite II made this known on Tuesday, January 11, 2022, when he led a delegation of members of the Eastern Regional House of Chiefs to pay a courtesy call on the President at the Jubilee House in Accra.

Whilst urging President Akufo-Addo to continue effecting this needed facelift to the region, he said “you are on the right track, and we want you to leave a legacy in the Eastern Region so that someday, the sons and daughters of the region will say these are all the benedictions of Nana Addo Dankwa Akufo-Addo.”

He also stressed that it is his prayer “that we find a more potent cure to this pandemic so that our economy picks up again for us to experience massive development in your second-term in office.”

“Believe me, this pandemic is an emerging, rapidly evolving situation. We started with Alpha, then Delta, now the world is experiencing Omicron. We must continue to enforce COVID-19 prevention protocols. We cannot relax,” he stated.

On his part, President Akufo-Addo, based on the successes chalked in bringing lasting peace to Dagbon, pledged to support efforts towards finding lasting solutions to the several chieftaincy disputes in the Eastern Region.

He touched on the numerous appeals he continues to make to his “father’s Kingsmen in Akropong that it’s completely unacceptable that in my time as President, there should be disputes in Akwapim (his hometown) and indeed also in the Akyem State of Kotoku, which is part of Akyemansa for which I am a part.”

Asking for participation and inclusion to these issues, he indicated further that “these are all areas where these disputes ought to be by now finding a conclusion. But we are going to work hard at it and there too we will need your support.”