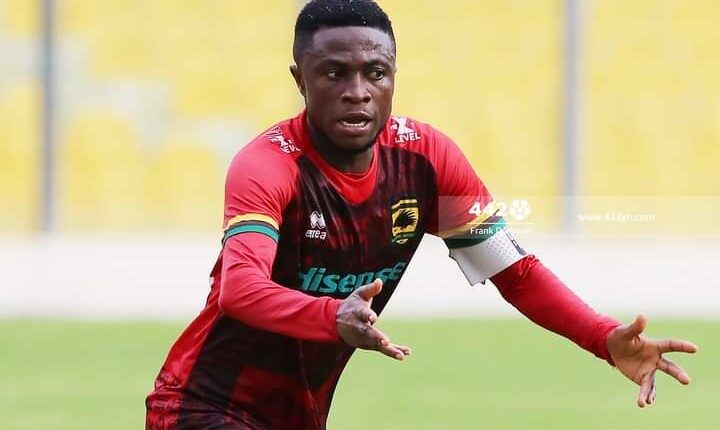 Former Asante Kotoko Supporters’ Chief, Kweku Amponsah, has pleaded with the Ghana Football Association (GFA) Disciplinary Committee to consider fining Emmanuel Gyamfi rather than imposing a ban on him.

The enterprising winger has been charged by the DC for misconduct after deliberately stepping on the foot of Inter Allies midfielder Andy Okpe which was captured live on video.

However, the domestic football governi8ng body has referred the player to the Disciplinary Committee for sanctions.

Speaking to Happy FM, Kwaku Amponsah condemned Gyamfi’s act but pleaded with the FA to fine him instead of a sanction.

“Emmanuel Gyamfi should be fined and not be suspended. I totally agree to the charge from the GFA”,

“I plead with them not to sanction him so he will not miss the two games against Karela and Hearts”, he added.