They were swift and bolted with huge cash under broad daylight in less than a minute but not without being captured by a nearby Closed-Circuit Television (CCTV) footage available to The Ghana Report.

Four armed robbers executed the well-planned and coordinated heist on Monday, September 20, at Achimota along the Accra-Amasaman Highway, as Ghanaians prepared for the holiday the next day.

The bandits appeared to have tailed a woman from the UMB Bank branch at Abeka, where she went to withdraw a large volume of money.

Unsuspecting by the victim, two motorcycles carrying the robbers followed her car closely.

She used the tunnel below the N1 overpass towards Achimota and stopped about 100 metres from the bridge when the traffic lights turned red.

At this point, the lead motorcycle of the robbers stopped in front of her white SUV vehicle while a second motorcycle parked at the side.

Two robbers in helmets concealing their faces approached the car simultaneously with pump action guns akin to a scene in a war movie. 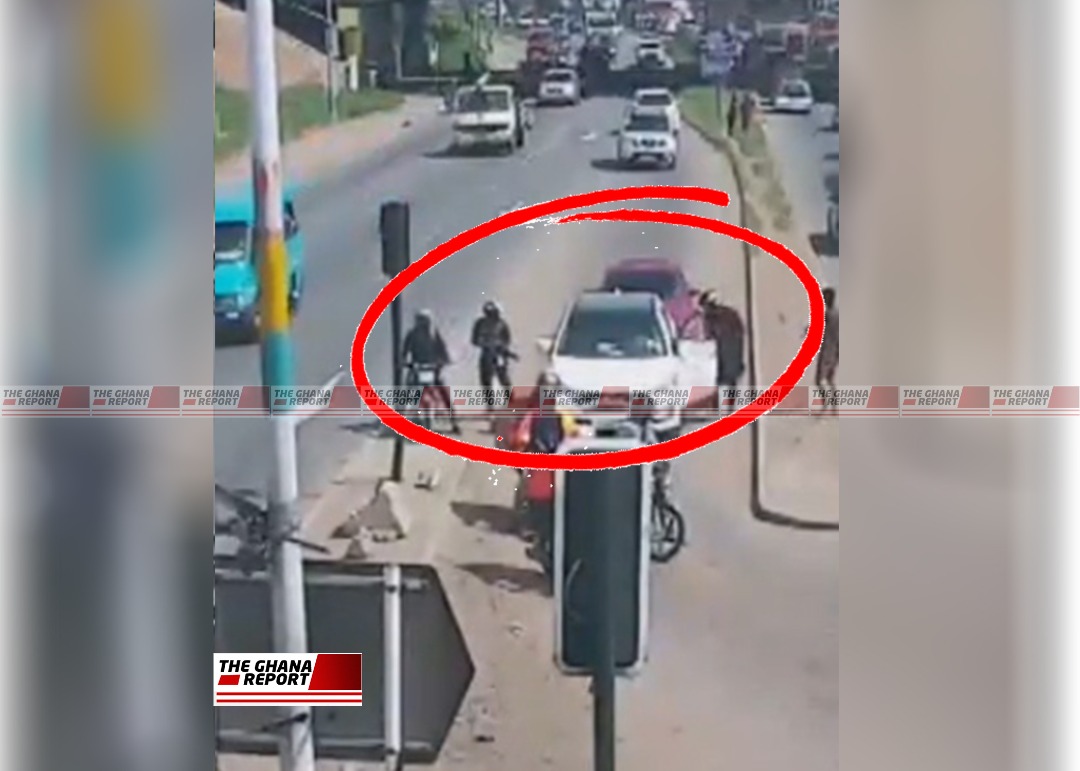 The motorcycle riders had the ignition on, ready to take off as they waited for their accomplices to get the money from the victim.

One went straight to force open the driver’s door and pointed the gun at the woman. She handed over two bags containing an unspecified amount of money to the robbers without hesitation to protect her life.

The other accomplice tried to open the passenger door but was unsuccessful.

At that point, he fired several warning shots into the air.

Upon realising that an armed robbery operation was unfolding before their eyes, other road users quickly escaped from the action zone in different directions.

The robbers quickly jumped behind the waiting motorcycles and sped off.

Several minutes later, onlookers gathered at the scene where the fear-stricken and traumatised victim sat motionless in her car even after the traffic lights had turned green.

The incident created chaos as many people rushed to the scene, causing heavy traffic to build up along that stretch.

Some military personnel who were passing stopped at the side of the road, but it was too late to pursue the robbers.

The soldiers managed to restore calm and ensured the free flow of traffic.

The case has been reported at the Achimota police station, and investigations have begun.

This is happening less than three months after a similar modus operandi by robbers at a forex bureau few metres from the Ghana Police Headquarters on the Ring Road in Accra.

Violent crime went up from 183 in 2020 to 220 from January to June 2021, representing a 20 per cent increase, according to the Ghana Public Safety and Crime Report compiled by the Bureau of Public Safety.

Armed robbery was part of the top five most reported crimes. 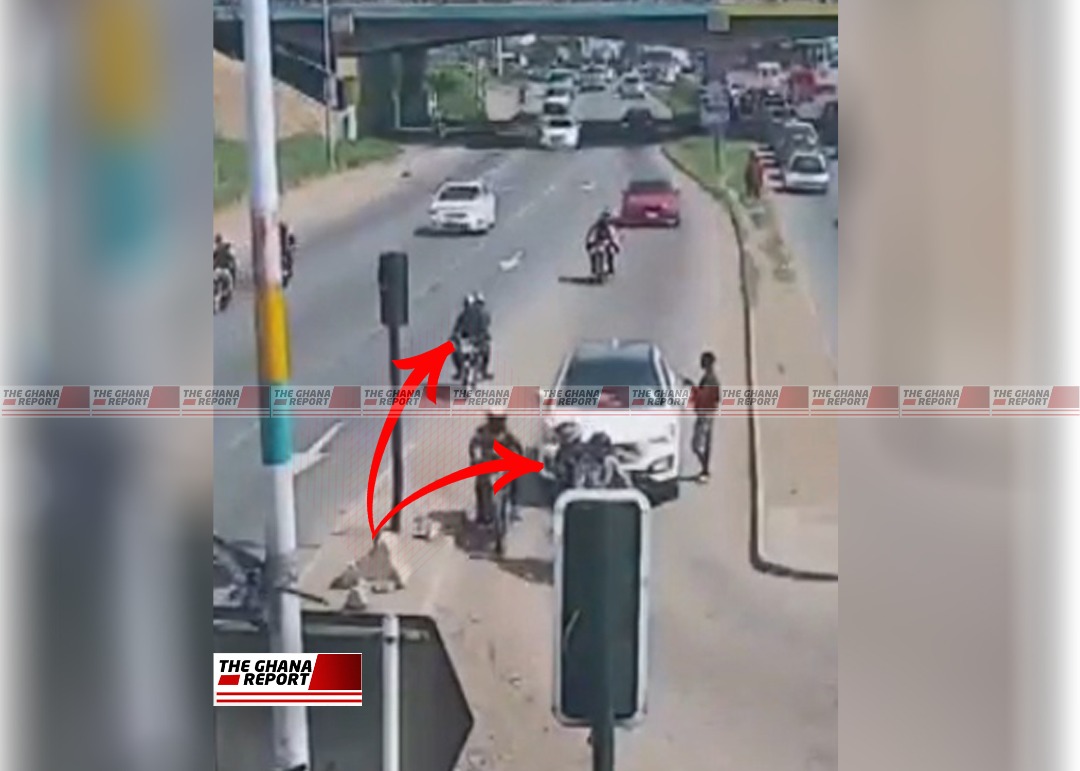 The use of firearms for violent crimes increased by 79 per cent over the same period compared to 2020.

“More than 95 per cent of armed robbery incidents occurred outside of the home, and 76 per cent of murder or manslaughter cases were reported to have occurred out of the home. Violent crime deaths reportedly increased from 134 in 2020 to 171 in 2021, representing a 28 per cent increase,” Executive Director of the Bureau of Public Safety explained.

Concerns about crime and new IGP

The trend sparked a wave of criticisms with several calls for the Ghana Police Service to tighten the fight against crime.

“Crime has become such a profitable venture in this country that we just don’t know what to do,” Director of the Faculty of Academic Affairs and Research, Kofi Annan International Peacekeeping Training Centre, Professor Kwesi Aning lamented.

He was concerned that “those who are more violent have much currency in society.” 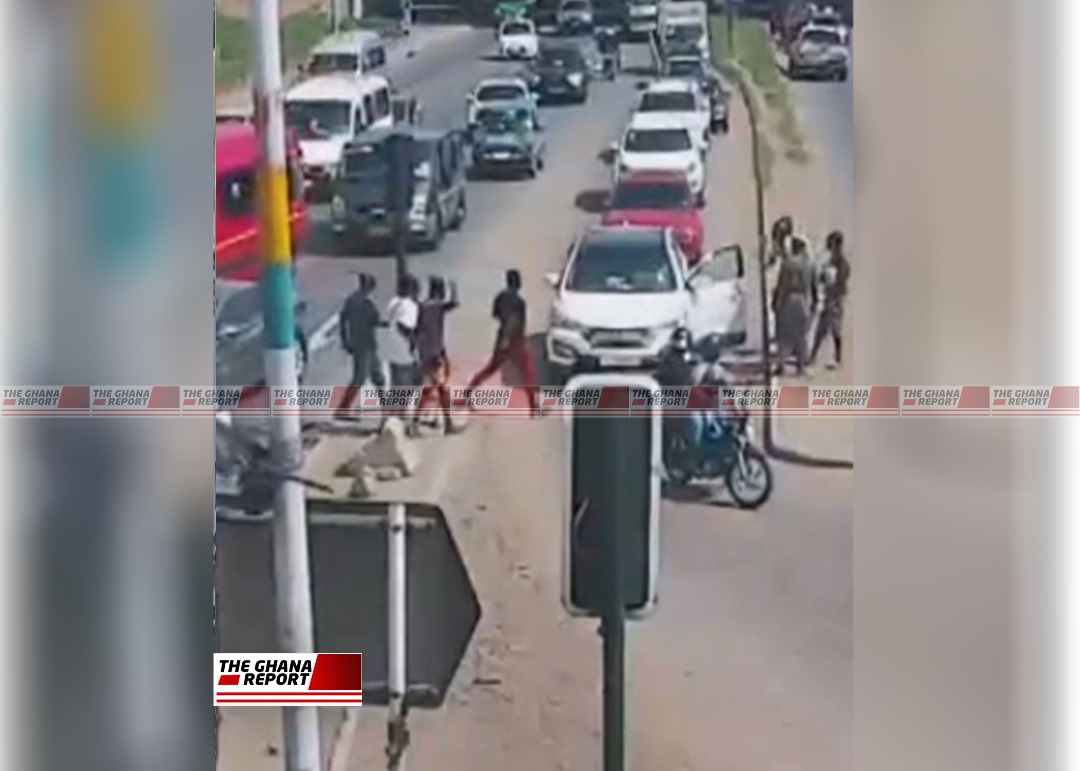 He further predicted more crimes in the coming months as he stressed the need to tackle the proliferation of arms.

He began his office on August 1 as the law enforcement agency rolled out reforms to control the level of crime.

His tenure began with a shake-up, with more than 20 senior officers being assigned new roles.

News of the changes started to trickle in barely 24hours after Dr Akuffo Dampare took office as he set the ball rolling immediately.