President Nana Akufo-Addo has released the names of a dozen appointees with many maintaining their positions in the next government.

Akosua Frema Osei –Opare, Nana Asante Bediatuo and Eugene Arhin have been maintained as Chief of Staff, Secretary to the President and Director of Communications respectively.

The first list contains appointees that will man affairs at the Presidency as the President reposes confidence in some old hands.

Additionally, Fawaz Aliu and Emmanuel Adumua-Bossman take the roles of Deputy Chiefs of Staff after their predecessors contested in the parliamentary elections and won seats for their respective constituencies.

Lord Commey keeps his job as Director of Operations as well as Kow Essuman, who would be Legal Counsel to the President in the new-look administration.

This was contained in a release from the Presidency which said the appointees were to hold the positions in acting capacities until an endorsement from the Council of State which is yet to be formed.

Furthermore, Secretary to the Cabinet Mercy Yvonne Debrah-Karikari and Personal Assistant to the President Saratu Atta have also kept their positions.

With the demise of Victor Newman on December 10, 2020, President Akufo-Addo has selected University of Ghana lecturer Dr Isaac Owusu-Mensah as a replacement.

Dr. Owusu Mensah led lecturers at the University of Ghana whose polls projected victory for the president days before the December 7, 2020 polls.

That was the second electoral polls his team conducted and their predictions were spot on.

The first was in 2016 when they predicted a win for the NPP and it’s flagbearer Nana Akufo-Addo who was seeking to defeat the NDC’s John Dramani Mahama. 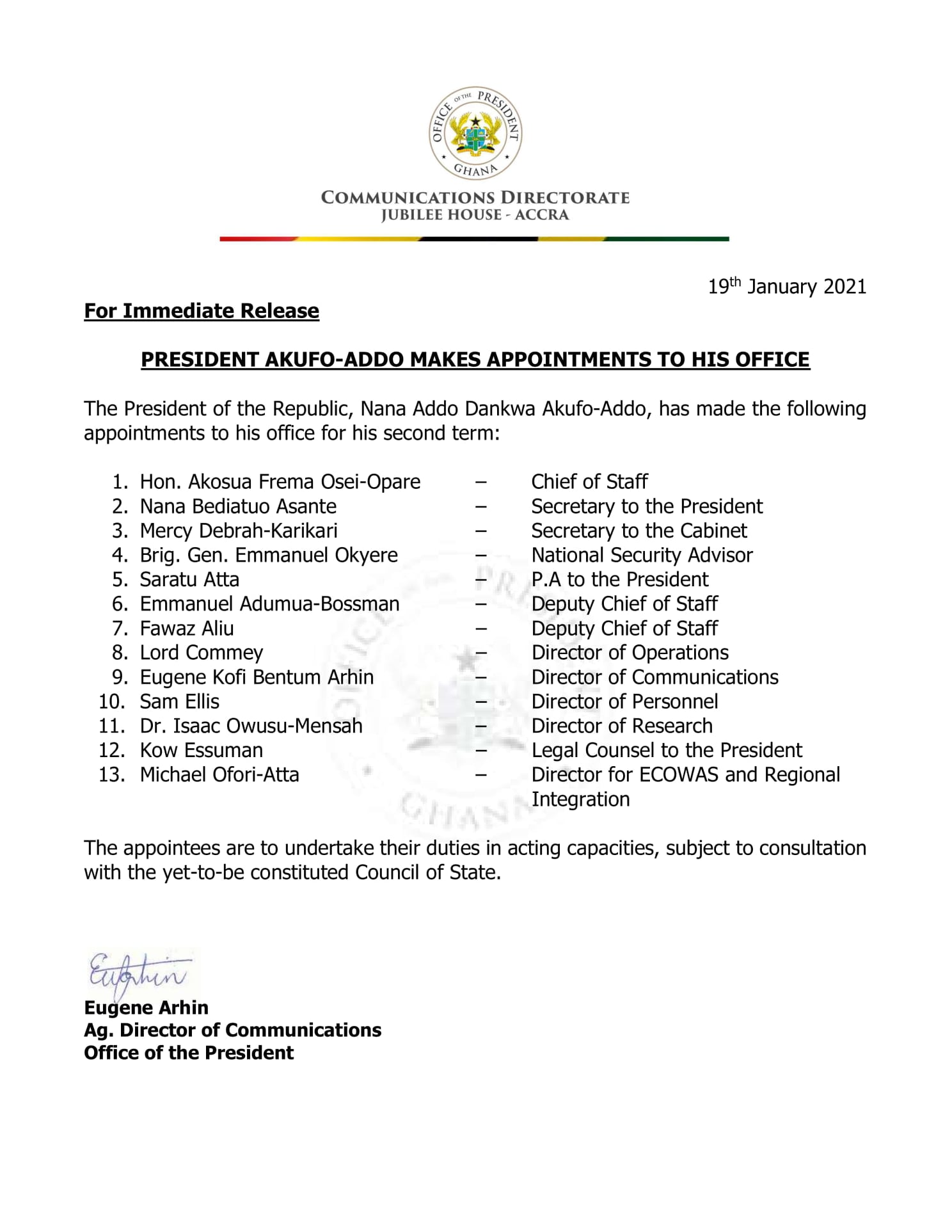