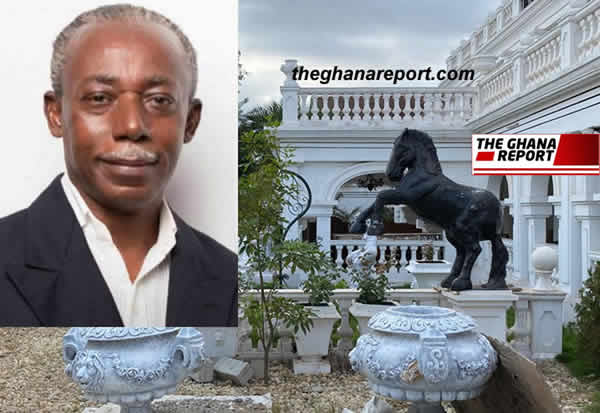 The CID boss has been summoned to court over the absence of the second accused person in Prof Benneh’s murder trial for the sixth consecutive time.

The directive for the CID boss Isaac Ken Yeboah to come to court was issued by the Kaneshie District Court judge, Ama Adomah Kwakye, on Monday.

“The head of CID must come to court with the investigator to tell us why the accused person is still at the hospital and what happened to him while in their custody,” the infuriated judge said.

This happens to be the sixth consecutive time, the second accused person in the trial for the murder of Prof Benneh has failed to make an appearance.

Opambour Agya Badu Nkansah, according to the prosecution, is on admission at the Korle Bu Teaching hospital receiving treatment.

His last appearance in court was in September, this year.

The prosecution promised to provide the court with a comprehensive medical report but the court is yet to receive the report.

“Failure to provide the medical report was due to the complex bureaucratic process. The order has to go to the administration and other departments before it is forwarded to the doctor handling the case, police investigator, Inspector Oppong Bekoe told the court.

At the last adjourned date, the defence counsel for the accused person, Emmanuel Larbi Amoah, who had a contrary view on the health status of his client accused prosecution of torturing Opambour.

According to him, evidence he had gathered confirmed the accused had been tortured while in custody and not sick as the prosecution wanted the court to believe.

“But he was tortured and that is the proof of what they did to him while in custody,” he said showing the pictures to the prosecution.

Mr. Amoah also raised concerns that the accused person was not being properly taken care of at the Police Hospital.

With the first accused person, James Nana Womba, already dead, the lawyer feared the second accused person’s fate might not be different if care is not taken.

“It is our prayer that if something is not done about Opambour’s case, there will be a similar announcement like that of the main accused person.

“Opambour is totally destroyed from knee level, not to talk of his back. He is also not being taken care of. We will like to have a second opinion from a private medical facility,” the lawyer demanded at the last hearing.

The prosecution, however, disagreed.

The prosecutor, Inspector Okuffo, said to the best of his knowledge, the accused person was being well taken care of.

He insisted that for security purposes, the Police Hospital was the best place to keep Opambour Nkansah.

Inspector Okuffo also said the pictures shown to him by the lawyer, was not that of the accused person.

“We don’t know the source of this photograph. The man in the picture is not the accused person as is being suggested by the lawyer,” the prosecution insisted.

A glimpse of the man in the picture showed someone who had his hand, head, and leg bandaged. His left leg revealed a deep sore, with the flesh slightly peeled off.

Meanwhile, a new suspect in the murder of the university lecturer, Professor Emmanuel Benneh has been hauled before the court, and the prosecution is expected to answer to an amended charge sheet.

Ebenezer Kweyisi was brought before the court on October 30, this year. He became the third suspect to be arraigned in addition to the lead suspect, but now late, James Nana Womba, and Opambour Agya Badu Nkansah.

The prosecution is yet to give details of the exact role the new suspect allegedly played in the death of the law lecturer on September 10, 2020, in his mansion at Adjiriganor.

As the court engages the prosecution and the lawyers in a legal tussle, the murdered Prof Emmanuel Yaw Benneh was buried on November 21, 2020 at the St Thomas Aquinas Catholic Church at the University of Ghana, Legon.

The facts of the case as presented by Inspector Okuffo, was that Professor Benneh’s lifeless body was found in his home at about 8 am on Thursday, September 10, in a pool of blood with his hands tied behind his back and marks of multiple acts of assault and resultant cuts on his body.

There was no sign of a break-in. However, one Isaac Botchway, who was the late law professor’s houseboy said the last time he spoke to him was on September 10 at about 8 pm.