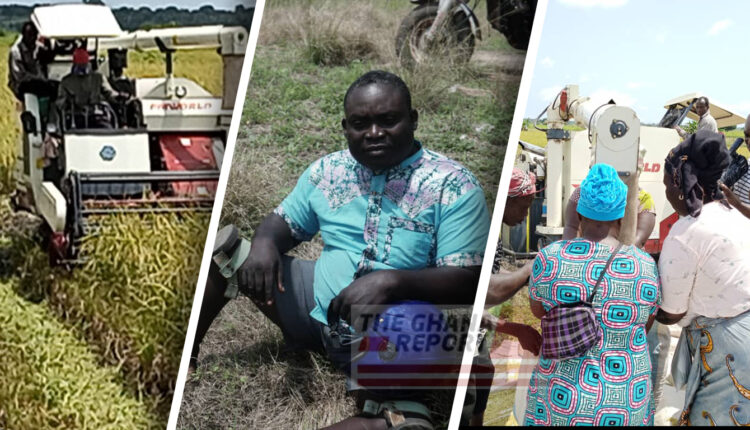 The Case Of Ketu North in Ghana.

Traditionally, agriculture is mainstay of Ghana’s economy, and despite the array of other sources of revenue, the green economy remains the live wire of livelihoods in terms of food security, household incomes, and economic exports.

The International Fund for Agricultural Development, IFAD, has been assisting countries that require new interventions in the sector. Arising out of the scheme was the Ghana Agricultural Sector Improvement Programme, GASIP.

The initiative found safe pair of hands in Ghana’s Ministry of Food and Agriculture whose expertise is drawn for the rollout in Ghana. Having provided the launchpad in 2015 the pilot phase had moved to full-scale implementation by 2019. 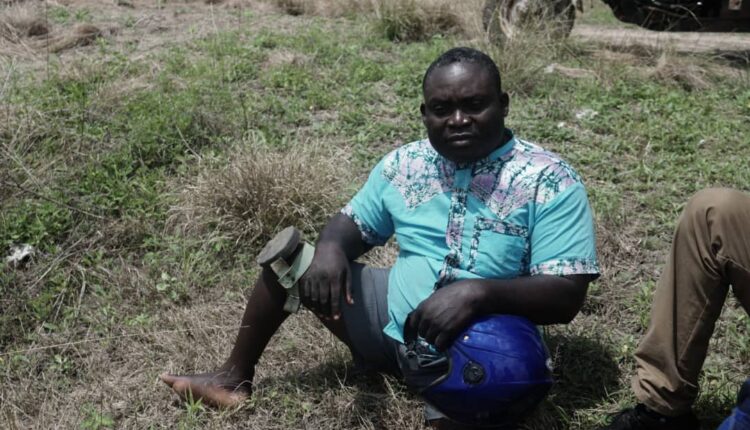 The project targets and seeks to improve the operations of smallholder farmers and farmer-based organizations. Inter alia, GASIP intervention is expected to produce outcomes such as removal of the drudgery and for the efficient conduct of all farming activities such as land preparation, correct agronomic practices, gender mainstreaming in the agricultural value chain, understanding the markets to optimize incomes, to boost household nutrition and productive uses of incomes.

Assistance came in the forms of improved seeds, fertilizers, tractors, and training to beneficiary farmers. They now know that plant residues on farms are sources of organic manure and keep soil in moisturized state. Corn husks are also used in formulation of animal feed.

The programme also educated farmers on risks posed by different climatic conditions and early warming systems to the farmer. A component of the study being the introduction and application of climate smart technologies as early maturing crop varieties to offset changed weather conditions as well as pest, disease and climate tolerant crop varieties.

Thousands of small scale farmers in Ghana are GASIP beneficiaries. A visit to Weta, a village in Ketu North of Volta region revealed significant gains under the programme. In predominance at this village is agriculture, mostly cultivation of rice, maize and vegetables. Before advent of GASIP, residents of Weta community were still confined to
rudimentary agriculture; they were more or less, the windows to the hoe and cutlass economy. The painstaking process of cropping land in hard labour was a great limitation on expansion. Items like tractors were needed but the few running in the area came by chance. 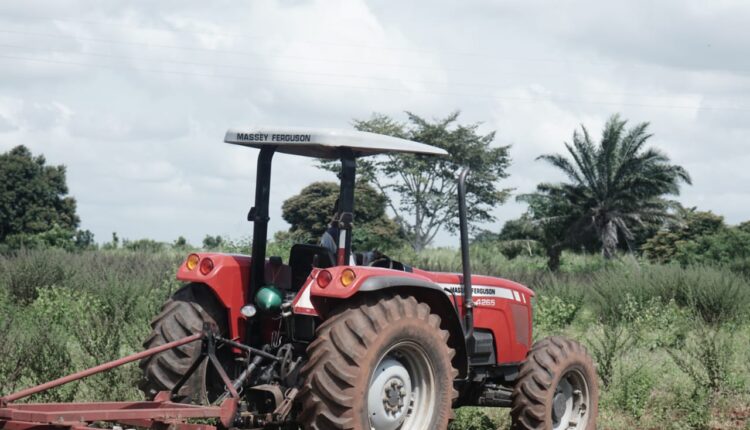 GASIP did not only mechanize agricultural operations on smallholder farms but coordinated activities to ensure that supply of farm inputs such as tractors are based on requisitions tailored to their needs. Agricultural journalists monitoring the situation “then and now”, noticed dramatic changes as farming looked lubricated and farmers protected against hazards. Hand gloves and wellington boots to the rescue of the farmers. Previously, the farmers were vulnerable to snakes and other dangerous reptiles.

The roving team chanced on Eric Avevor, a person living with disability. He is a trained tailor but gradually gravitated towards farming as he looked for other sources of income.

The latter looked time-consuming and labour intensive as it required a lot of mobilisation from start to finish. Avevor then upscaled his interest and constituted the venture into family business. As of October 19, 2022, when he was last visited, he had cultivated rice on a sizeable acreage of land. Seeds supplied and a ploughing tractor readily available, his rice field took shape and soon it was time for harvest, of course within the known gestation period of the crop.

He has appealed to the sector ministry to supply machinery especially tractors and combine harvesters for purchase by him. These supplies may be considered low hanging fruits for he is definitely going to find the answers in the multiple schemes that are concurrently running.

The overlapping projects have seen flexible lease or sale of agricultural machinery under the collaborative efforts of Government of Ghana and development partners such as IFAD which invests through agencies, subsidiaries and country programmes to empower rural people. IFAD is a special purpose vehicle with 177 members. It has a wide pool of partners including the Rome-based Food and Agriculture Organisation. 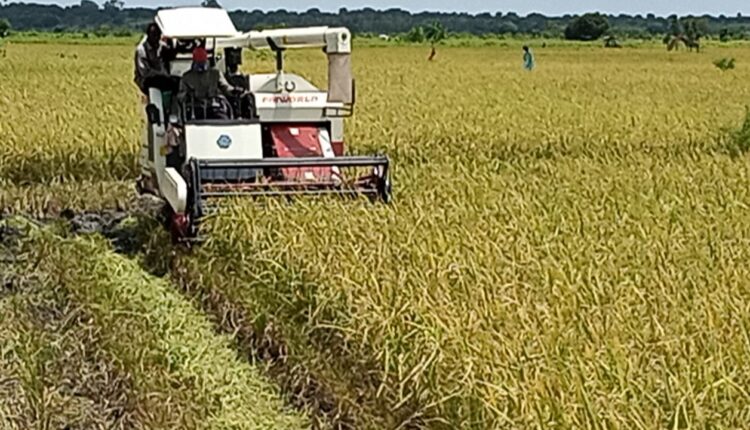 Inputs provided under GASIP the country programme of IFAD, are communally used, and the appeal by the physically-challenged farmer suggests personal ownerships are more preferable , at least from the point of view of turnaround time.

On this occasion, Mr Avevor had hired a private operator of the only combined harvester in vogue in the area. Within minutes, the machine had harvested the field, 16 maxi bags were filled as the harvester emptied its contents directed into sacs.

The gender roles were evident within this context, as a man operated the machine and the women farmers who are part of the operational clusters, guarded the bags to the harvest discharged from the combine harvester. Previously, both men and women applied brute strength in the conduct of this business. It led to poor quality of material and low yields.

We followed this process all the way to the end of the production cycle at which the wife of Mr Eric Avevor was found at the mill, helping to bag threshed rice.

Reports say, the allotment of roles gives one or some of the partners to agribusiness ventures, the time and the space to recover and provide lighter complementary roles at subsequent stages. In the case study outlined here, the husband could come back from the rice field to observe the rice mill and even intervene should the wife be shortchanged in anyway. GASIP has succeeded in giving the farmers business ideas, therein lies the processing and the packaging of some agricultural produce for wholesale and retail markets. Value addition. 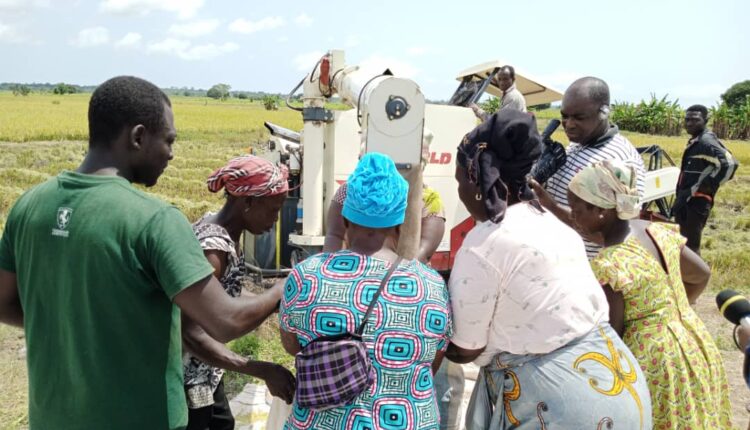 Most beneficiaries of the assistance call it heaven-sent and echoes the proverbial Oliver Twist for more system improvement supplies. GASIP through the help of IFAD has been the catalyst invigorating activities at the level of smallholder farmers and, even transitioning them from subsistence to commercial farming. Perhaps this is why a farmer(s) is so intent on buying to own some of the major farm inputs which clearly would be the spine of his business and basis for medium to long term profits. From a state of eking mere existence to footing bills of school children without loans under GASIP, many farmers foresee a windfall once they continue on this upward trajectory.