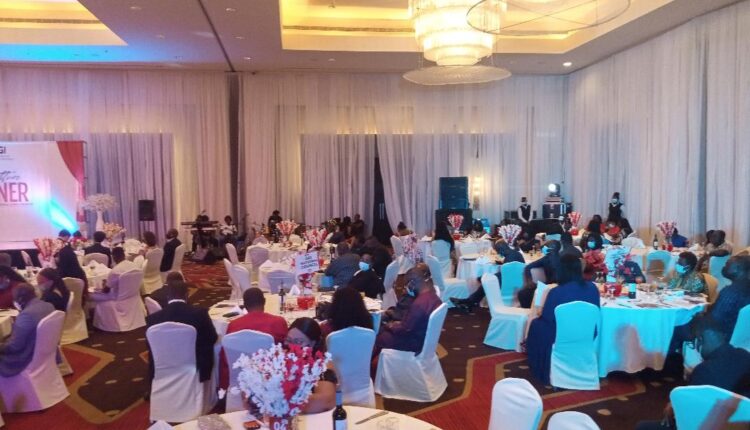 Ghana at the crossroad of industrialization agenda – AGI

The Association of Ghana Industries (AGI) says Ghana is at the crossroad of the industrialization agenda and has the option to take a path that would spearhead it into massive industrial development or a path to make it a more import-driven economy.

Dr Humphrey Kwesi Ayim Darke, AGI President, noted that the Government had opted for industrialization hence the various initiatives, such as the One District One Factory, Planting for Food and Jobs, the Industrial Enclave Development and others.

He explained that AGI believed that, the path of industrialization was one of the surest ways of creating sustainable jobs and ensuring economic growth in the medium to long term.

“This necessitated the need for the Association to raise concerns about the introduction of the Benchmark Reduction Policy which sought to reduce the cost of imports into the country,” Dr Darke stated at the Investiture Dinner for AGI new President and National Council executives for 2022-2023.

He said after two years of implementation, the benchmark value was detrimental to the development of industries in the country, noting that; “Furthermore, it is at variance with Government’s own industrialization agenda.”

Dr Darke said the benchmark discount policy might worsen the state of the manufacturing sector that had seen an average growth rate of about 4.6 per cent in the last eight years.

He said under his leadership, the Association would continue to collaborate with government and policymakers to create and foster an enabling industrial environment and proactively stimulate the sustainability and development of the industry.

He said the ultimate vision for the Association under his tenure is anchored on three pillars which includes: Council of Eminent Industrialists, AGI Youth in Business and AGI Women in Business.

He expressed gratitude to the Association for having the trust to elect him as the AGI President and thanked the previous leadership for their hard work which brought the noble Association thus far.

“I cannot proceed without recognizing the pivotal contributions and efforts of my predecessors and past executives, each of whom I deeply respect, for how much of themselves they invested, to bring the AGI this far.

“I can assure you, that I will graciously engage you, from time to time, for your valued suggestions and ideas,” he said.

He charged the newly elected executives to work arduously to champion and achieve the mandate of the Association, adding that, “let me also say to our newly minted team of executives, that the enormity of the responsibility on us, must not daunt us, but spur us on, with a sense of dedication, perseverance and commitment to do our very best.”

Dr Yaw Adu Gyamfi, the immediate past AGI President, congratulated the executives and urged them to work together through determination and hard work.

He noted that, for the Association to achieve its purpose, the executives must desist from individualism and work as a united front, saying “unity is strength and it is time to stop being individualistic and think together.”

Others are Mrs Grace Amey-Obeng, MD for FC Group Limited, Vice President for SMEs; and Mr Mukesh Thakwani, Chief Executive Officer of B5 Plus Ltd, an Executive Member.