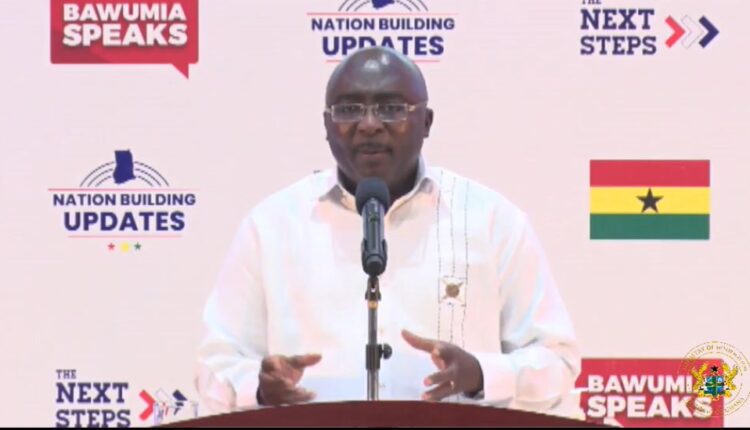 Vice President, Dr Mahamudu Bawumia has lauded the government’s efforts in addressing the rate of depreciation of the cedi against other major trading currencies.

Ghana, an import-driven country has fallen behind other developed countries for years in terms of the strength of the currency.

Consistently since at least 1994, the cedi has depreciated against the US dollar.

In January 2017, when the NPP government took the reigns of government, 1 US Dollar was equivalent to GHC 4.2.

Currently, one would need GHC 5.85 in order to buy 1 US Dollar on the forex market.

“Notwithstanding COVID and its implication and notwithstanding the fact that this is an election year. This year, 2020, is the lowest depreciation, since 1992,” he claimed.

Delivering a lecture at the University of Ghana (UG), in the last of government’s Nation Building Updates before the 2020 elections on December 7, Dr Bawumia said: “The average depreciation of the Cedi over the last four years, which is at 7.3% is the lowest for any first-time government since 1992”.

According to him, the government “significantly reduced the deficit before COVID, of course in this year we’ve had to deal with COVID and that has increased the deficit”.

Ghana’s budget deficit is forecast to widen a little beyond 10.5% as the cap of 5% was lifted by parliament to contain expenditures due to the unforeseen COVID-19 pandemic.

Data from Bloomberg indicates that the Cedi has depreciated every year in atleast the entire Fourth Republic which began in 1992. 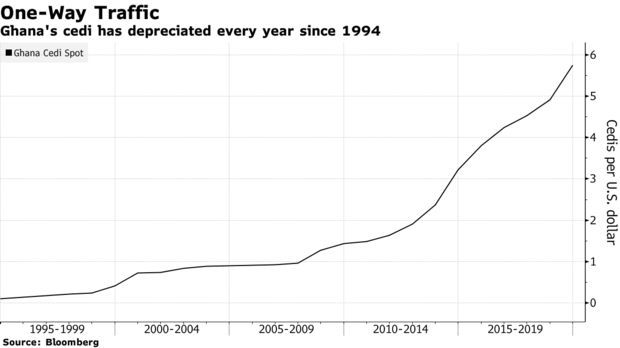 According to the latest Summary of Macroeconomic and Financial Data released by the Bank of Ghana (Bo), the Cedi depreciated by 3% in November 2020.

The only time the Cedi appreciated this year was in March 2020 when it gained against the US Dollar by 1.7 on account of a huge cut in imports due to COVID-19 lockdown and border shut to contain the spread of the COVID-19 pandemic.

Dr Bawumia added that the country’s external payments position is stronger, notwithstanding COVID than it was in 2016.

“Interest rates are on the decline and along with declining inflation expectations,” he stressed.

According to Dr Bawumia, the transformation that has happened over the last four was in line with the plan of the NPP government starting first with the restoration of the economy.

“Building a strong economy is what has enabled us, even when it turned out that the depth of the challenges we face was deeper than had been led on by the previous government.