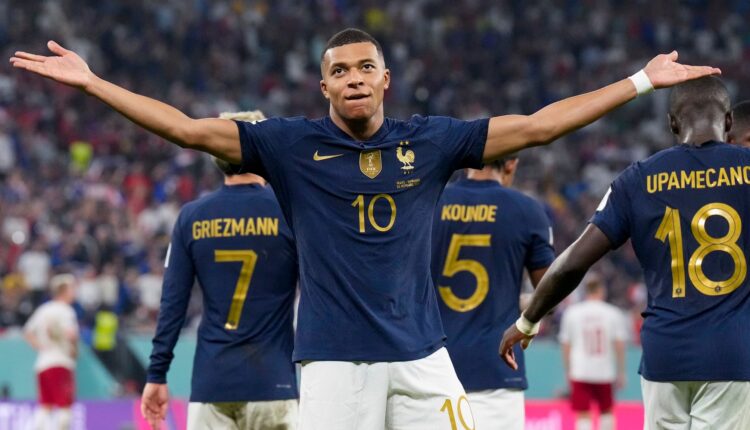 Enner Balencia’s injury in the second round of group matches could hurt his chances of winning the World Cup top scorer award.

Lionel Messi has two (2) goals and one (1) assist so far while big names Cristiano Ronaldo and Robert Lewandowski both have one (1) goal apiece.

France’s Kylian Mbappe is back on the World Cup trail, with the World champion looking to defend their trophy and win the Golden Boot.

England striker Harry Kane was awarded the Golden Boot for most goals scored in the 2018 World Cup. Kane, 24, took home the honors after netting six goals in the tournament.

Belgium’s Romelu Lukaku, France’s Antoine Griezmann and Kylian Mbappe, Portugal’s Cristiano Ronaldo and Russia’s Denis Cheryshev were closest to Kane with four goals, while Croatia’s Mario Mandzukic and Ivan Perisic were among seven players that were tied with three.

James Rodriguez is the Golden Boot winner for the 2014 World Cup. Thomas Mueller and Lionel Messi both had a chance to pass the Colombian midfielder in the championship game but were unable to equal his total of six goals.

The 23-year-old emerging superstar scored at least one goal in each of his side’s five matches.

He tallied six goals and two assists before Los Cafeteros were eliminated by host nation Brazil in the quarterfinals.

One of the main concerns for Colombia coming into the World Cup was who would provide the finishing touch with Radamel Falcao out due to injury. Rodriguez stepped up in resounding fashion.

Thomas Muller won the Golden Boot at that edition, courtesy his three assists. He only made his international debut in March, scored five times in South Africa to clinch the award.

See the list of all the goal scorers so far at the Qatar 2022 World Cup.