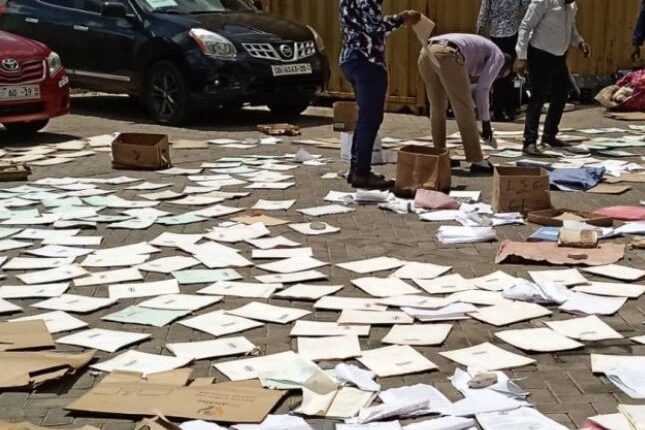 Computers, scanners, and huge bundles of documents have been ruined at the Lands Commission Head Office in Accra after a heavy downpour on Saturday, 23 May 2022.

The basement of the new building, which contains the Records Room, Files Room, and I.T. Unit, was extensively flooded.

According to reports, indentures, land maps, and land documents are among the documents mostly affected. Essential land records have also been “mixed up” due to the flood’s destruction.

The Ghana News Agency had reported earlier that some staff were seen drying documents at the forecourt while others were rummaging through the wet documents in an attempt to recover some and reorganize those that had become jumbled.

A cleaning crew was also spotted scooping water from the basement. It said officials of the commission were tight-lipped about the situation.

A resident explained that the deceased was trying to salvage some items when he was electrocuted during the flooding.