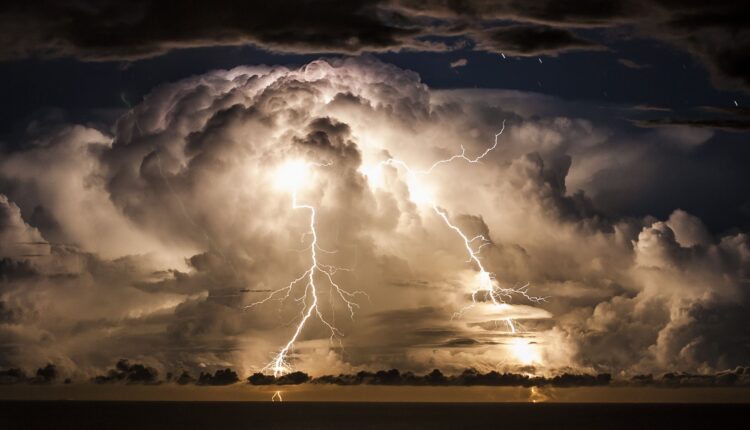 The Ghana Meteorological Agency has announced a heavy thunderstorm approaching Ghana from Nigeria which is expected to hit some parts of the country today, Thursday, 12 May 2022.

According to the agency, the thunderstorm will hit the country by midday between 12noon and 2 pm.

“The thunderstorms coming from Nigeria are expected to hit Ghana between 6 and 8hours. It will hit Volta, Greater Accra, Ashanti, Central, Eastern, and Western regions,” Felicity Ahafianyo, Chief Forecaster for the Agency, noted.

She added that towns like “Afloa, Accra, Kumasi, Agona Swedru, Sefwi Wiawso, Koforidua, and Akyem Oda” among others, will be affected.

The Chief Forecaster further advised against fishing around the time the storms are expected.

“The storm is also moving on the sea so it is not advisable to be on the sea. We need to be extra careful on the sea because the coastal lines will also experience such storms”, she said on 3FM.

The Southern part of Ghana is experiencing the onset of the rainy season and the weather warning is expected to forestall any disasters.

Heavy storms are associated with intense rain which could result in flooding in the areas listed.

Flooding is very rampant during this period, with severe consequences such as destruction of property or loss of lives.