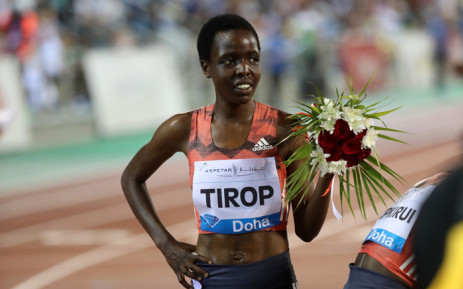 Kenya’s Tokyo Olympic star Agnes Tirop has been found dead at her home in Iten, Elgeyo Marakwet County in Kenya.

According to a statement released by Athletics Kenya on Wednesday, the two-time World Championship bronze medallist was found with a stab wound in her abdomen.

Tirop had represented Kenya at the Tokyo Olympics in the 5,000m – finishing fourth and narrowly missing out on an Olympic medal despite running a season-best time of 14:39.62.

Before his demise, Tirop had set a new women-only 10km world record in September in Germany, when she slashed 28 seconds from the 19-year-old women’s record by crossing the line in 30:01 at the Road to Records Race.

Tirop sped away from compatriot Sheila Chepkirui to break the mark of 30:29 which had been set by Moroccan Asmae Leghzaoui in 2002.

Afterwards, she said: “I’m so happy to have broken the world record. I felt the pace was good. The course was very good, too.”

Tirop became the second-youngest medallist at the 2015 IAAF World Cross Country Championships in the women’s race.

At the 2015 World Cross Country Championships at the age of 19, she made history by being the second-youngest winner of the Champs after the legendary Zola Budd.

Award-Winning Sports Journalist Usher Komugisha, voted in Top 100 Most Influential Young Africans, tweeted: “HEARTBREAKING! Kenyan athlete Agnes Jebet “Tirop, who represented Kenya at the Tokyo 2020 Olympics in the 5000m, has been found dead in her house with stab wounds to her abdomen.

“She was just 10 days away from her 26th birthday. Rest in peace Queen!”