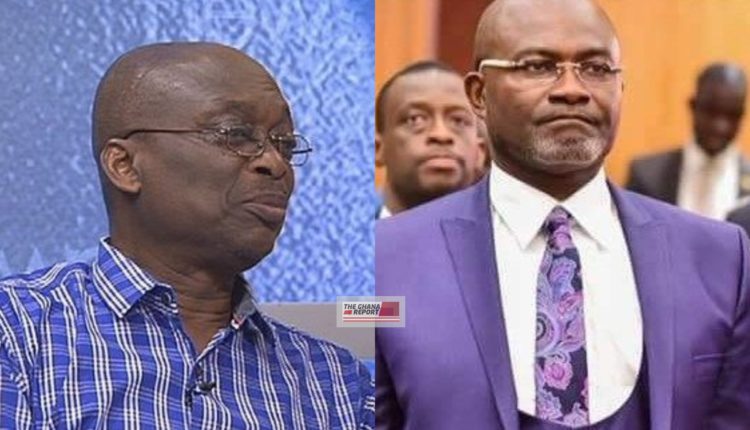 He further dared Mr. Baako to take legal action against him.

Mr. Baako considered the comments of the MP as defamatory and subsequently dragged him to court.

The Assin Central MP was slapped with GHC100,000 in damages and GHC30,000 as cost of legal expenses.

In addition, Mr Agyapong has also been given  30 days to retract and also apologise three times on the platforms he used to defame Kweku Baako.

Kweku Baako sought reliefs, including general damages in the sum of GH₵25million against Mr Agyapong.

In his statement of claim, Kweku Baako states that on July 18, 2018 and on several occasions thereafter, Mr Agyapong published several statements against him on Oman FM, Net 2 TV, Adom FM and Asempa FM which were defamatory.

According to him, on certain occasions when the hosts of the programmes on which he made those defamatory comments against him asked him to retract or provide facts to back the claims he (Agyapong) made failed to do so.

According to Kweku Baako, Mr Agyapong’s assertions have affected his image and reputation in the eyes of “right-thinking” members of the society.

He is, therefore, asking the court to order Mr Agyapong to retract his comments and render an unqualified apology to him.

He is also asking the court to place a perpetual injunction restraining Mr Agyapong, his agents, assigns and servants from further publishing any defamatory words against him.

This follows an out of court settlement in a case in which , in a TV interview in April 2019, Mr Ewusi claimed that Mr Baako and Anas were involved in illegal mining activities, popularly known as ‘galamsey’.

Mr Baako dragged the suspended NPP regional executive to the Accra High Court to seek redress over defamation on 16 April 2019.